In a much quieter way, some images of some solar system objects were released by The Webb Space Telescope team.

OK, they may not be as spectacular as the deep sky images released a couple of days ago, but they do show just how capable The JWST will be at collecting data and imaging objects within our solar system. So it won’t only be exploring the deep sky. The telescope may be able to see signatures of the deposits on the surface from plumes on the surface of Europa and Enceledus and analyse them from afar.
It also told the scientists how accurately the telescope can track a fast moving solar system object.

Just remember that these are only test or calibration images taken as test images, and are not as refined as the previous released images.

But they are stil quite extraordinary, showing just how powerful and adaptable this telescope is for observing different types of objects.
Deep Sky and much nearer within our own solar system.

The first image below is of Jupiter taken by the NIRCam instrument with a 2.12 micron filter.
The bright moon Europa is also seen to the left of the planet. 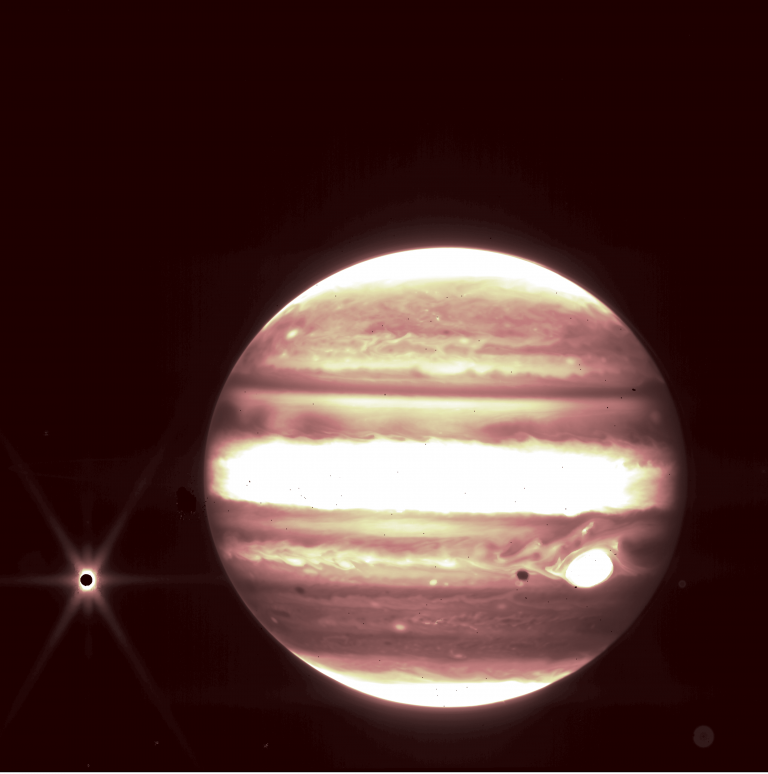 The second two images are also of Jupiter taken with the NIRCam instrument 2.12 micron filter (Left) and NIRCam’s 3.23 micron filter.

Not only are Jupiter and Europa visible, but the much fainter moons Thebe, and Metis, and look closely at the images for another feature. 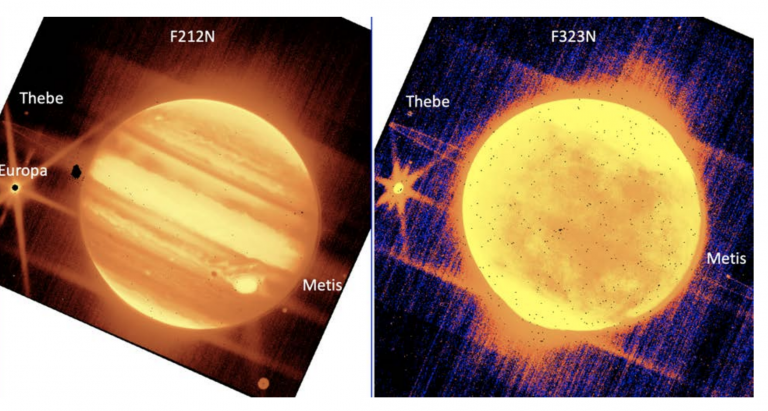 Yes, this enhanced image also shows the faint rings around Jupiter, which can also be seen in the images above. 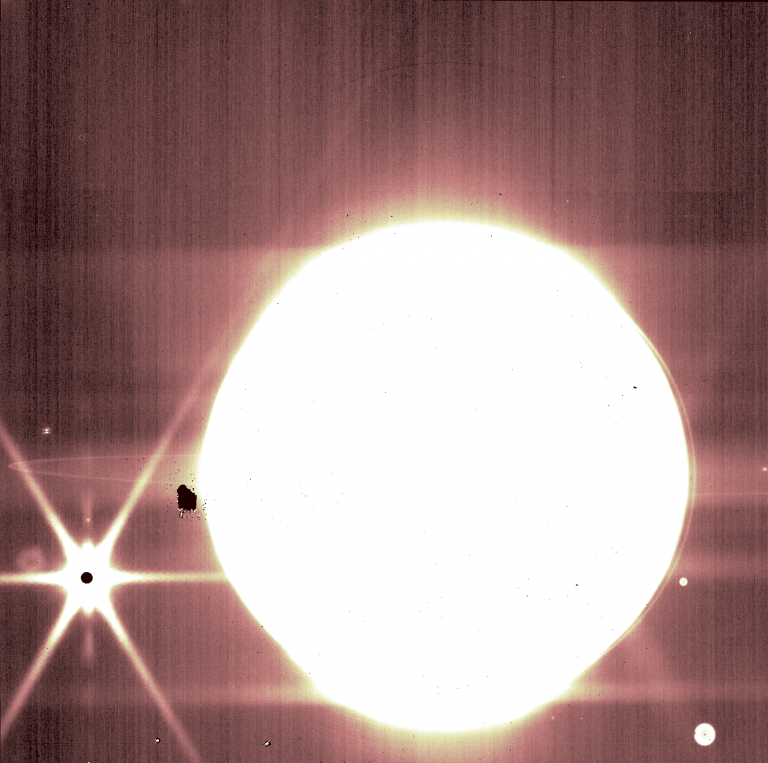 The last image is of the asteroid 6481 Tenzing, taken with the NIRCam instrument, tracking the asteroid accurately.
This is to see how accurately the telescope can track a much faster moving object.

Absolutely marvellous achievements proving everything is working as well as expected.
I am really looking forward to seeing a lot more over the next 20 years of the mission.

You can read more here:
https://blogs.nasa.gov/webb/2022/07/14/webb-images-of-jupiter-and-more-now-available-in-commissioning-data