50 years ago today, Alan Bean and and Pete Conrad successfully landed the lunar module Intrepid onto the surface of Oceanus Procellarum (Ocean of Storms).
Dick Gordon continued to orbit 60 miles above The Moon in the Command (Yankee Clipper) / Service module.

Unlike Neil’s landing on Apollo 11, they achieved a pinpoint landing close to Surveyor 3, which landed over two and a half years previously.

My image of the landing area (just) below, shows the landing site/s marked with a cross on the left hand side of the image. 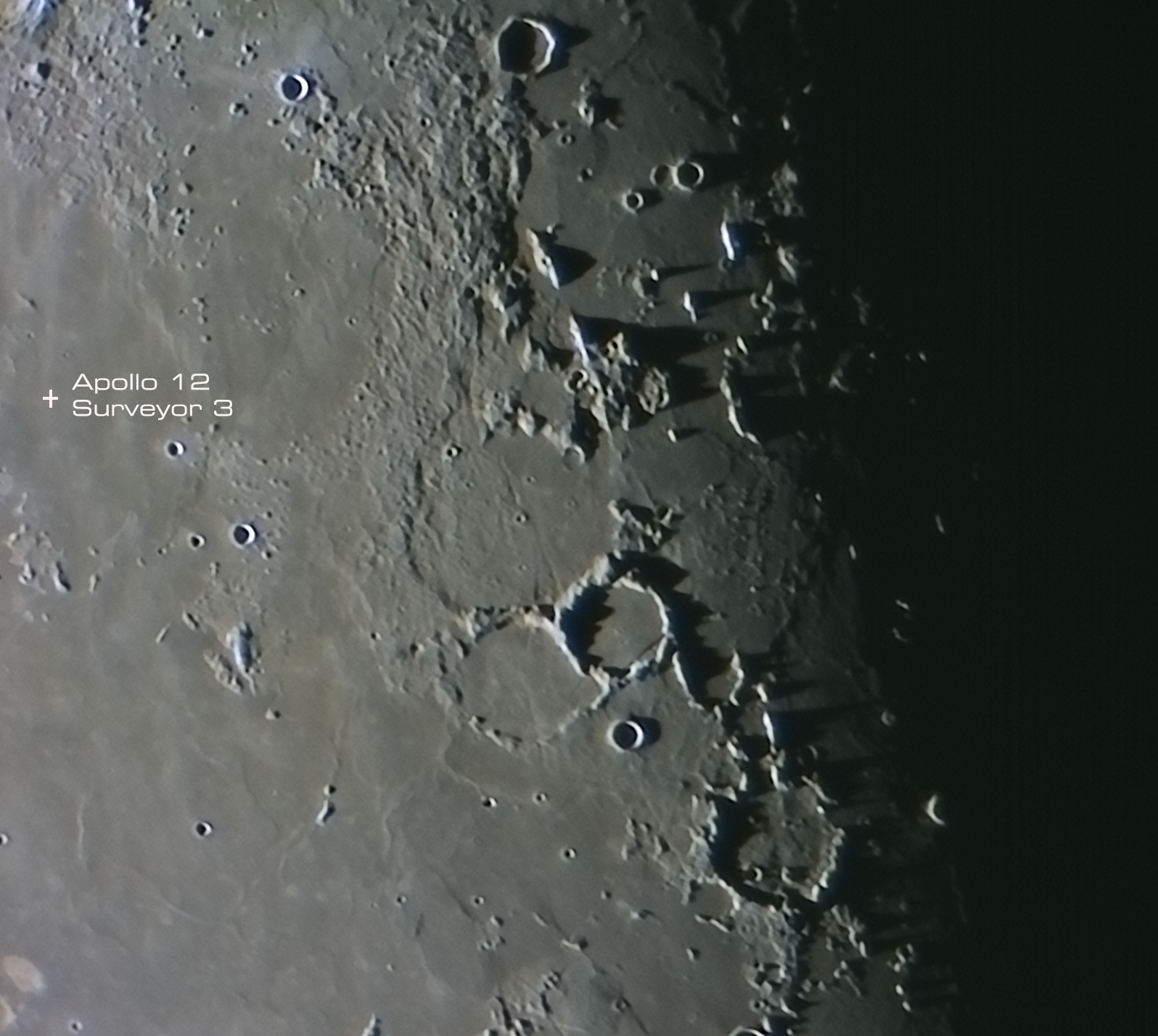 During the EVA (Extra Vehicular Activity. Moon walk to you and me!), as well as collecting Moon rocks and dust, they also removed parts of Surveyor to see how it had fared during its stay on the Moon. 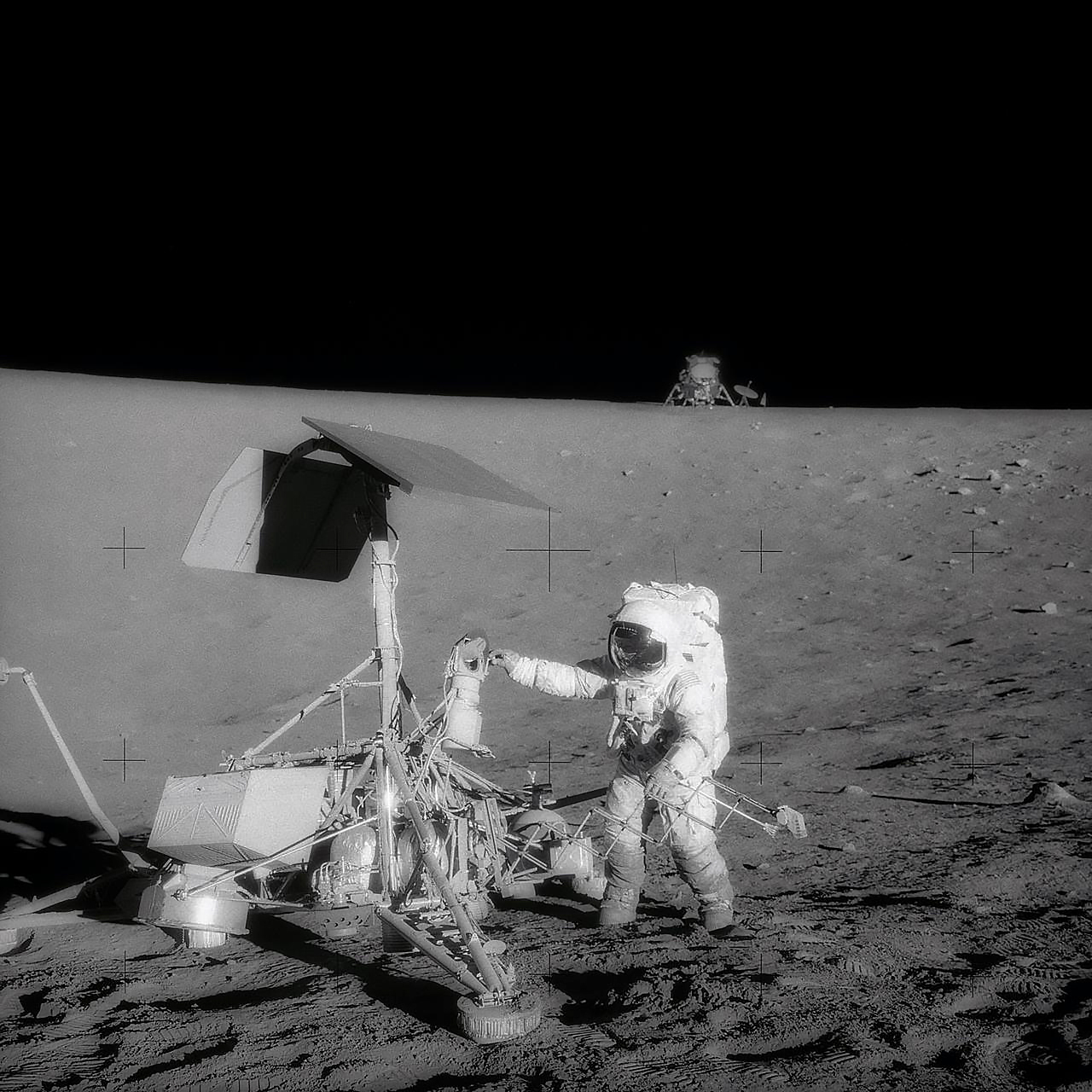 Explore Lunar Sample 12038 collected by the Apollo 12 astronauts by following this link:
https://ares.jsc.nasa.gov/projects/astromaterials-3d/apollo-12.html

In the early hours of tomorrow morning, they will perform a second EVA.

Here’s my composite 3D image of one of them on the Moon.
Was that a step too far adding in the Earth? 🙂 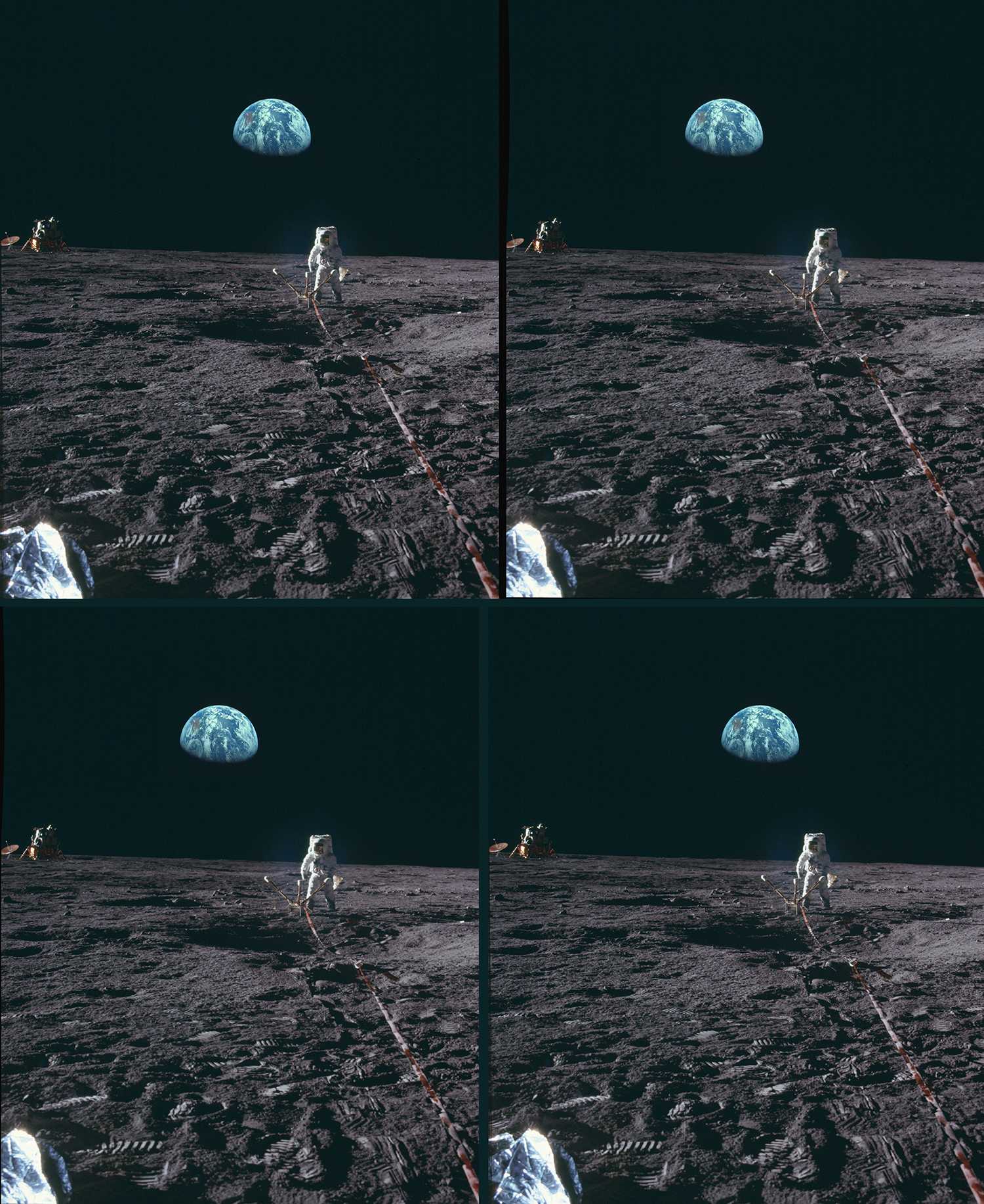