Today is the last day of Apollo 12 exploring the surface of Oceanus Procellarum.

There was a second EVA (Moonwalk) in the early hours of this morning.

The nearby Surveyor 3 spacecraft was inspected and samples taken to see how it had fared in the vacuum of space for over two and a half years.

The Lunar Reconnaissance Orbiter image below shows landing site.
Evidence of the astronauts EVA can be clearly seen as well as the equipment and experiments left on the surface.

Alan Bean and Pete Conrad then prepared to lift off from The Moon.

Launch of ascent stage of the lunar module Intrepid was at 14:25 UT.

They docked with the command/service module at 17:58 UT.

The astronauts and their precious rock and dust samples then transferred themselves over.

The lunar module ascent stage was jettisoned at 20:21 UT.

The three astronauts will stay in orbit around The Moon until tomorrow, when they will begin their journey back to Earth in the evening.

This is my 3D image of the Davey crater chain, made by a string of possibly cometary particles hitting the surface one after the other, similar to Comet Shoemaker Levy 9 that hit Jupiter in July 1994. 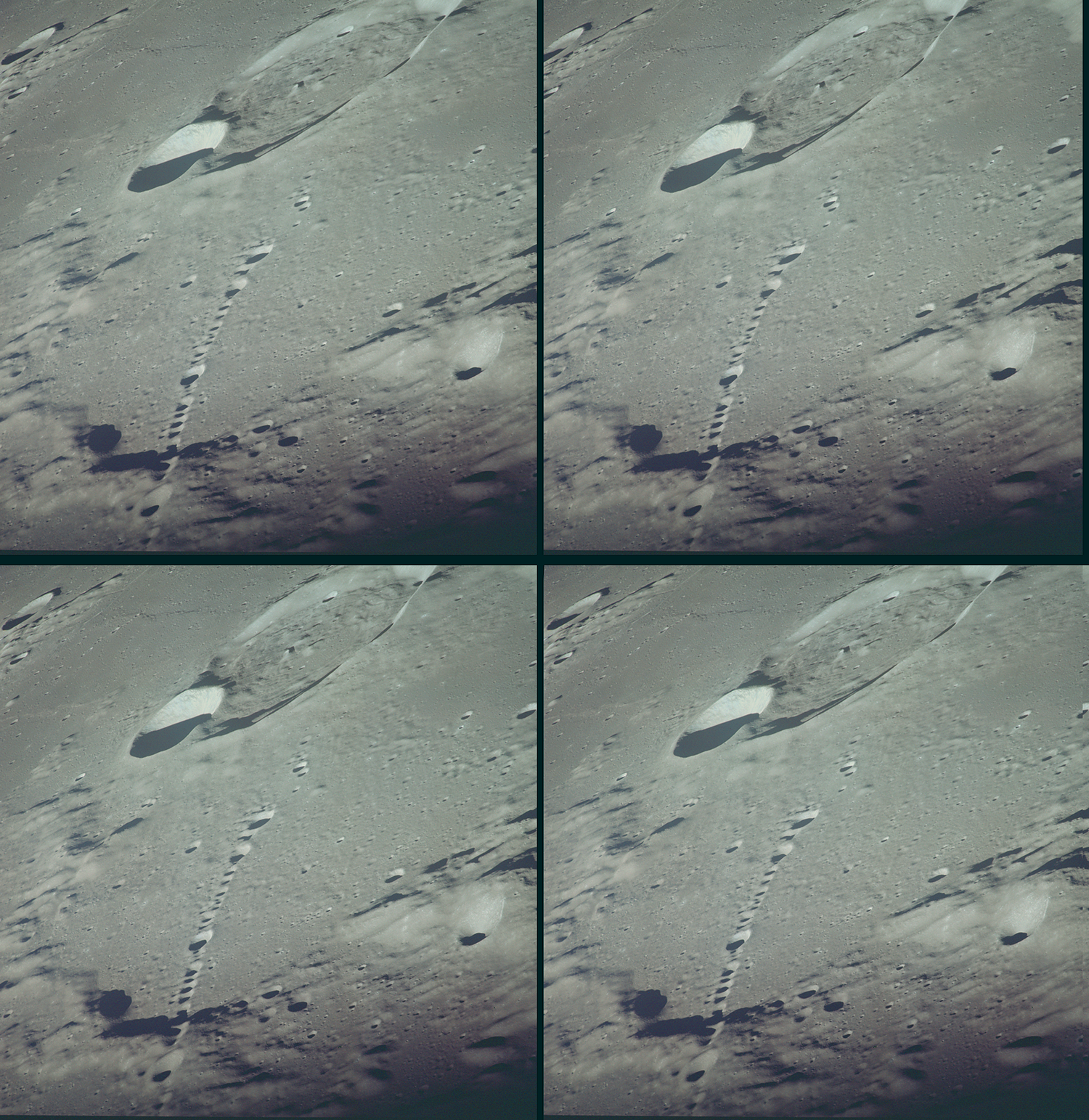