50 years ago today, the day before landing, in the early hours  the 18th of November 1969, Apollo 12 met The Moon and the engine was fired to place the Apollo 12 spacecraft into lunar orbit.

The astronauts then set about preparing the Lunar Module called Intrepid for tomorrow’s landing.

The un-docking of Intrepid from the command module Yankee Clipper will be in the early hours of tomorrow morning.

As Neil Armstrong had missed his landing site when Eagle Landed in The Sea of Tranquillity, they really wanted to prove the capability of accurately landing the lunar module.

Their intention was to land close to the lunar probe Surveyor 3 which landed on the surface of Oceanus Procellarum over two and a half years before.

Here’s my 3D image of Intrepid a little while before starting its descent towards the surface. 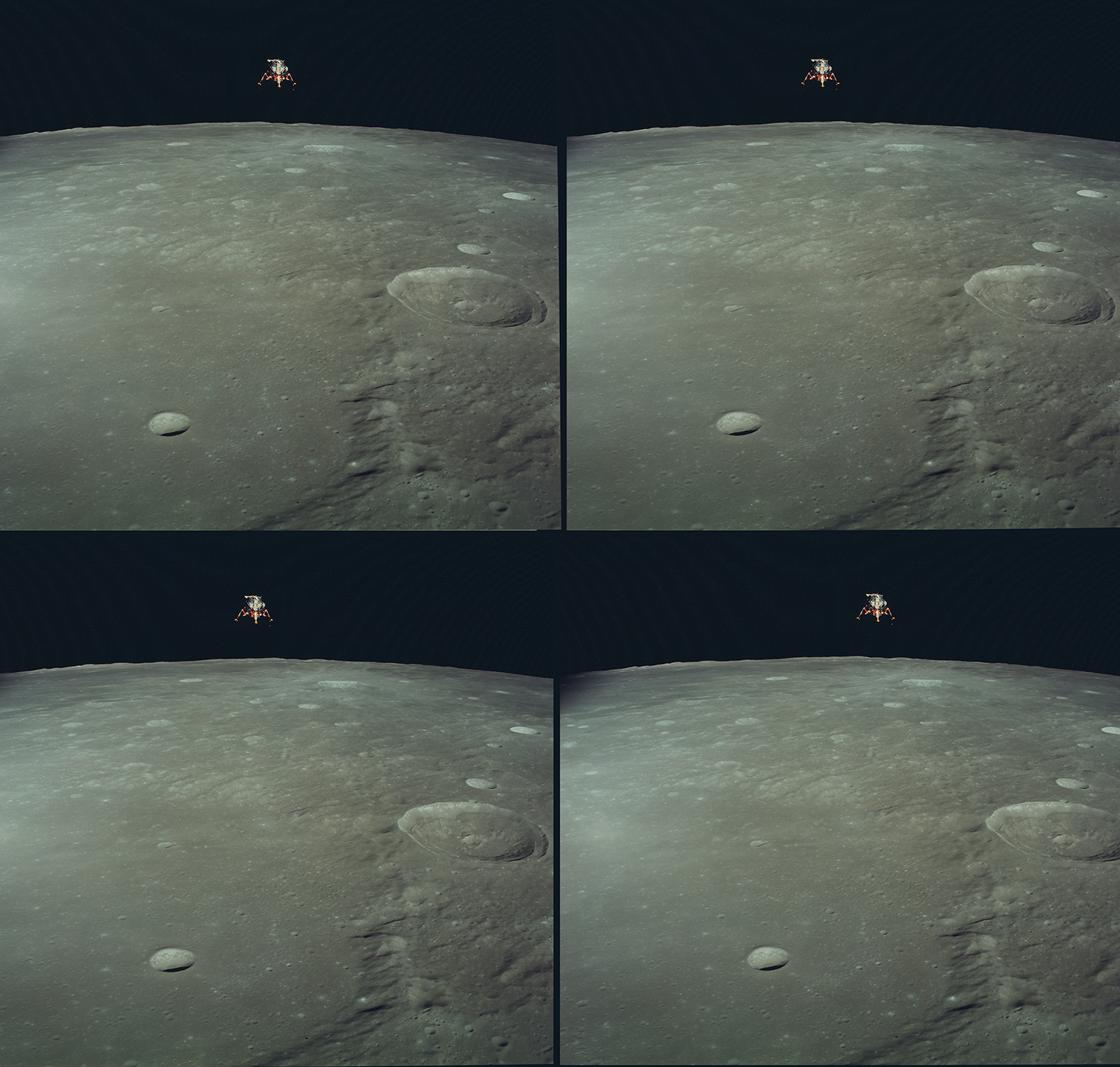