Another relatively clear night last night (8th January), so another chance to try and better my images of The Webb Space Telescope.

By now, I was fairly confident in finding it, as Project Pluto (https://projectpluto.com/sat_eph.htm?) got me right on target the evening before.

As Webb was relatively bright the previous night, I thought I would drop the exposure to 60 seconds, to see if I could capture a bit more clearly the rapid changes in brightness others had captured.

Boy did I struggle to see anything! 🤨
As time progressed and I kept flicking between the incoming images, but could see nothing moving at all.
So I thought my luck was out. A little while before my patience ran out, I thought I could see a very faint moving object.
But it was only a very faint smudge. Could it have dropped in brightness that much in one day?

I upped the exposure to 120 seconds, the same as the previous night, but could see nothing.

I kept the system capturing images, and kept flicking through.
Eventually I spotted the faint object moving away from a +14.63 magnitude star.

Subsequent images showed it moving even further away. SUCCESS! 😁
But it was extremely faint.
The initial identification images are below.
You can see it ping-ponging between two stars listed as magnitude +14.63 and +15.73.
So Webb must now be at least +16th magnitude.

Is that the faintest it will get, or will it fade even more as it gets out to the L2 orbit?
Chances are it will fade, making it a lot more difficult for us amateurs to capture.

So is this the last opportunity I’ll have of being able to capture it?
Never say never!

Webb’s brightness depends on the angle of the sunshield to us and The Sun and the amount of sunlight reflected back towards us.
We will always be observing Webb from beneath the sunshield as that is protecting the mirror from The Sun and Earth.
This keeps the mirror and instruments on the cold side as cold as possible so they are able to detect infra red light.

During operation, as Webb is sent to image different targets, if the sunshield is at a different angle, this could make it a lot brighter.
I have been informed by John Thatcher that the telescope can rotate 360 about the radius from the sun and ’nod’ over about 50 degrees.

This could make a great difference to the apparent brightness.

So although we might think we’ll soon be losing sight of it now, just keep looking up.
It just might brighten enough for us to capture it as it is performing all that wonderful research over the next few years.
So it is always worthwhile having a bash from time to time.
I will trying again on the next clear night anyway.

Right, back to last nights session.
I finally gave up capturing images at just before 23:00h UT as the sky was getting a bit murky by then.
Sudden gusts of wind also jiggled a few images.

Here’s the resulting trail in the full frame with the track in the centre. 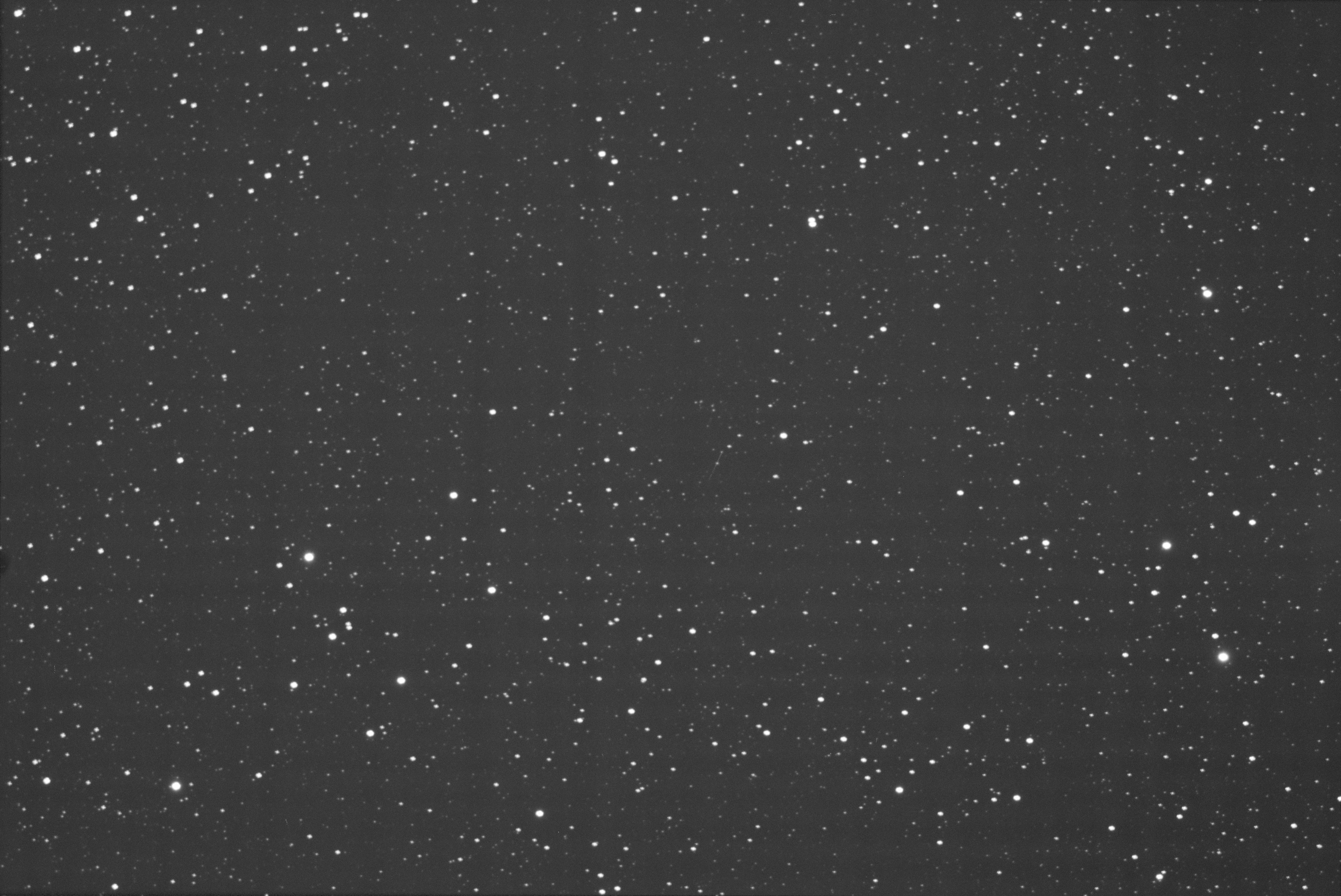 To make it a bit easier to see the trail I have boxed the area of interest below: 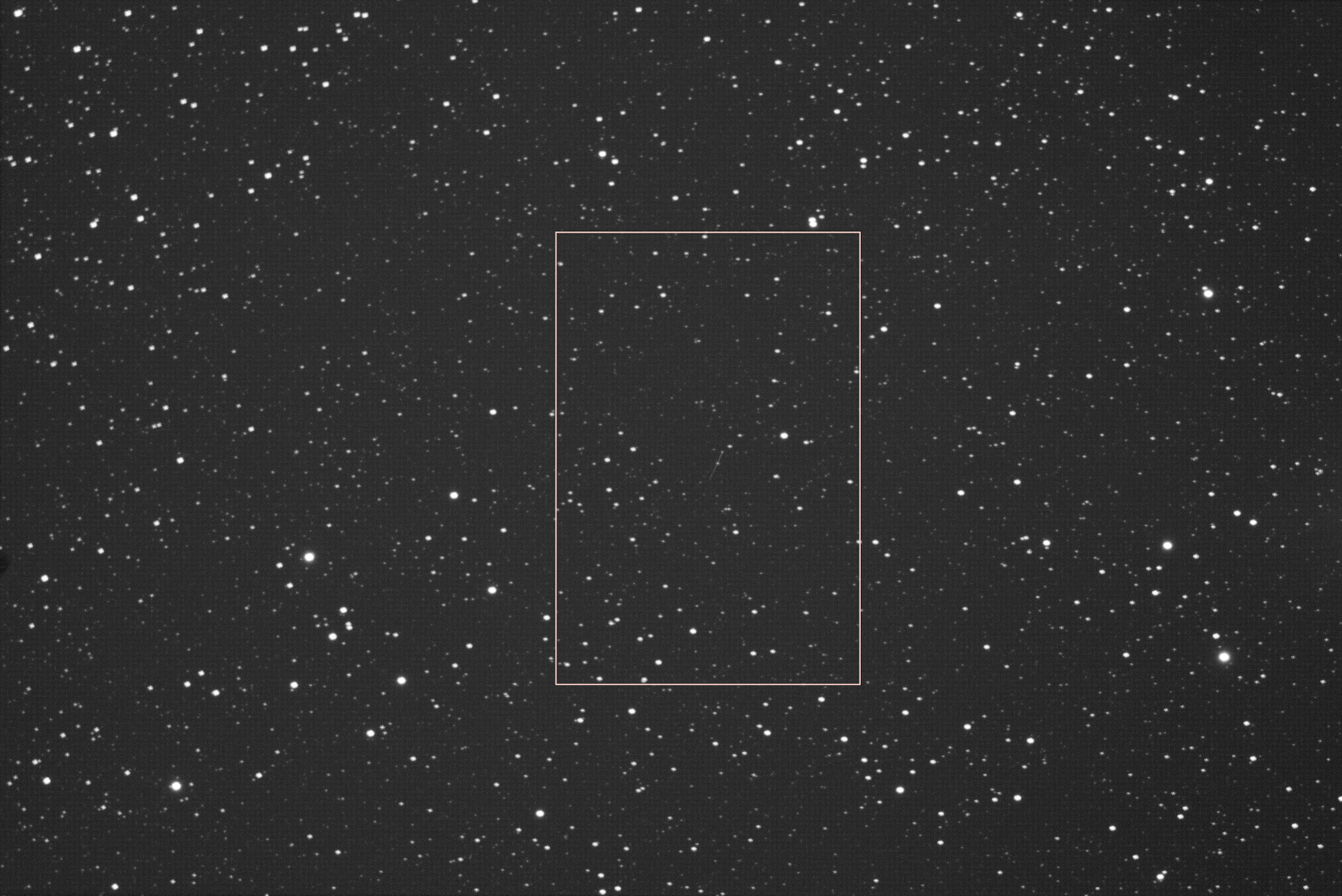 I then cropped to the rectangle and rotated the image so north is towards the top of the image. 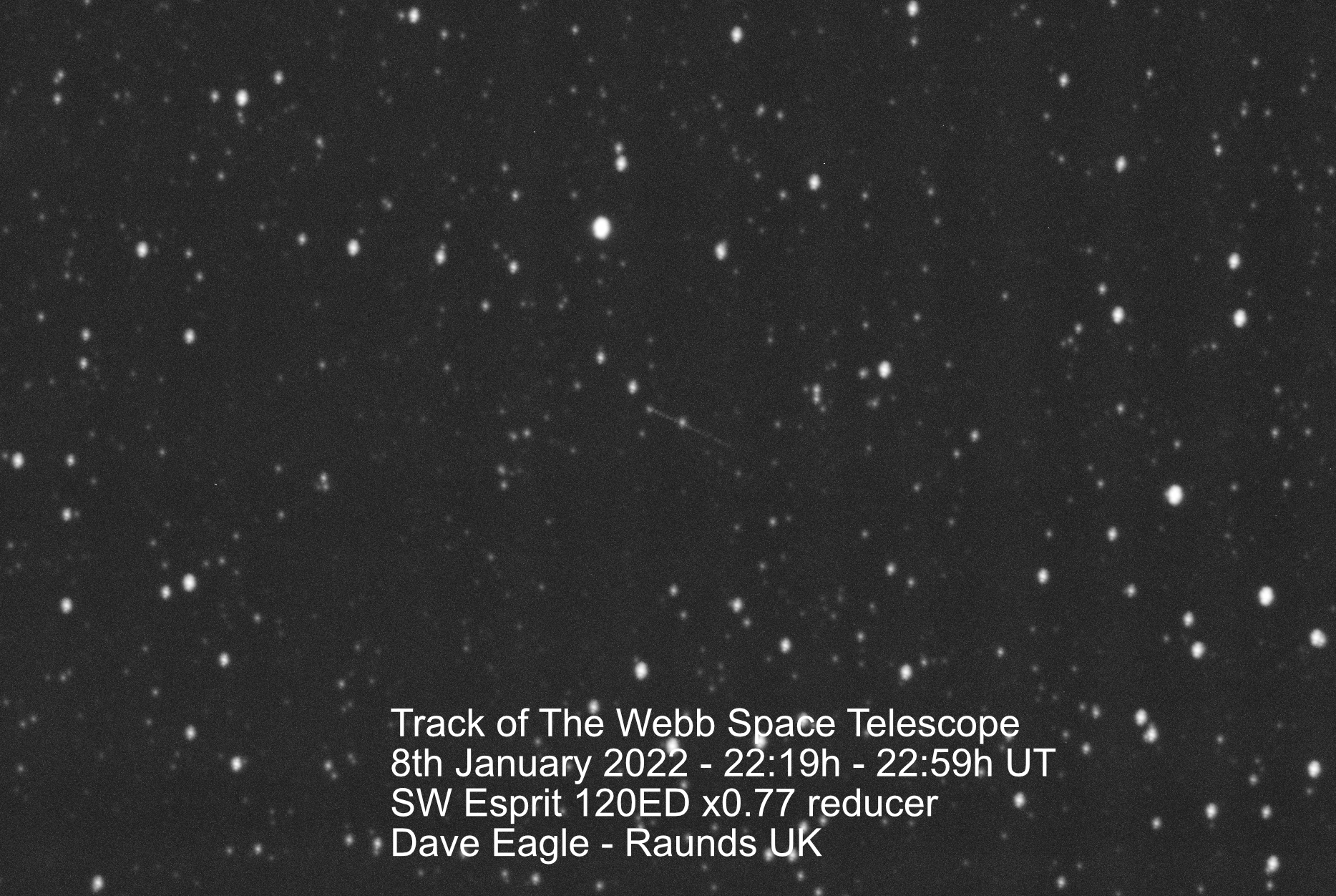 The final animation from the images is here: