Wow!! I managed to capture The Webb Space Telescope on New Years Eve.
It’s been another truly awful year, but this has at least finished 2021 off with a real positive note.

More details about making predictions of its position using New horizons and capturing it are shown here:
https://www.star-gazing.co.uk/WebPage/wst-spotting-20211222

Third time lucky!
On a couple of previous nights, I set up the scope when there was a gap in the clouds.
I managed to get the scope pointed in the right direction, and take an image to confirm I had the scope pointed in the right direction so that it gave the correct field of view, which should include the Webb Space Telescope.
As long as it was still bright enough for me to capture it, that is.
As soon as I got my field of view, it clouded over both nights, even starting to drizzle on the first occasion.
Well, that did reflect my current mood.

So on New Years Eve, I set everything up, got my confirmation field of view, and yes, you’ve guessed it, it yet again clouded over.
Weather forecasts for the New Year Celebrations showed it would be dry, but with 100% cloud all night.

So, should I break it all down and bring it in again?
As it was going to be dry, I left it out and as the clock ticked on I kept checking the sky.
At about 20:20 UT, stars were once again visible, so off I went again and started imaging.

I took a few images and after a few minutes transferred some images to the PC, so i could see if I could see something moving between the images. I left the camera running.

These are my two “Discovery” images showing the Webb Space Telescope moving through the star field a week after launch.
It was a little over 446,000 miles from Earth, Nearly twice The distance of The Moon.
I compared it to some of the background stars and I make it between +14th & +15th magnitude.

I managed to identify Webb by comparing two of my images like a blink comparator.
Here’s the cropped version.

Horizons predicted position was a little bit out, as you can see below, but I managed to spot Webb in my first field of view over towards one edge. It took quite a while to identify it, so thank goodness it stayed clear for a reasonable time. 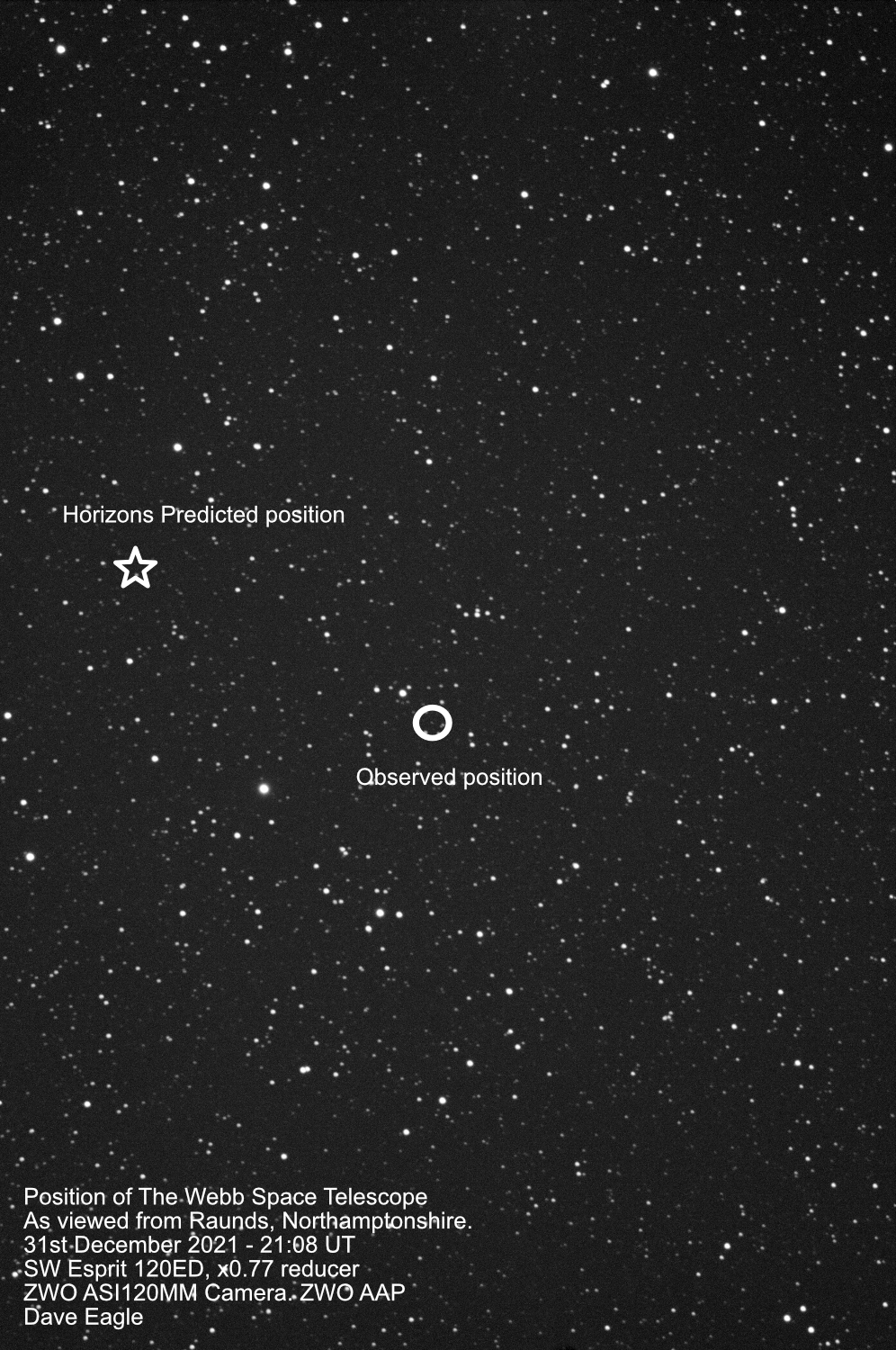 Once I had identified and centred Webb’s position, I took a number of images until it clouded over once again at just past 23:00.
So I now had time to pack everything away and crack open a beer to see in the new year.

The 56 images I took in that time were put together into a composite to show Webb’s trail: 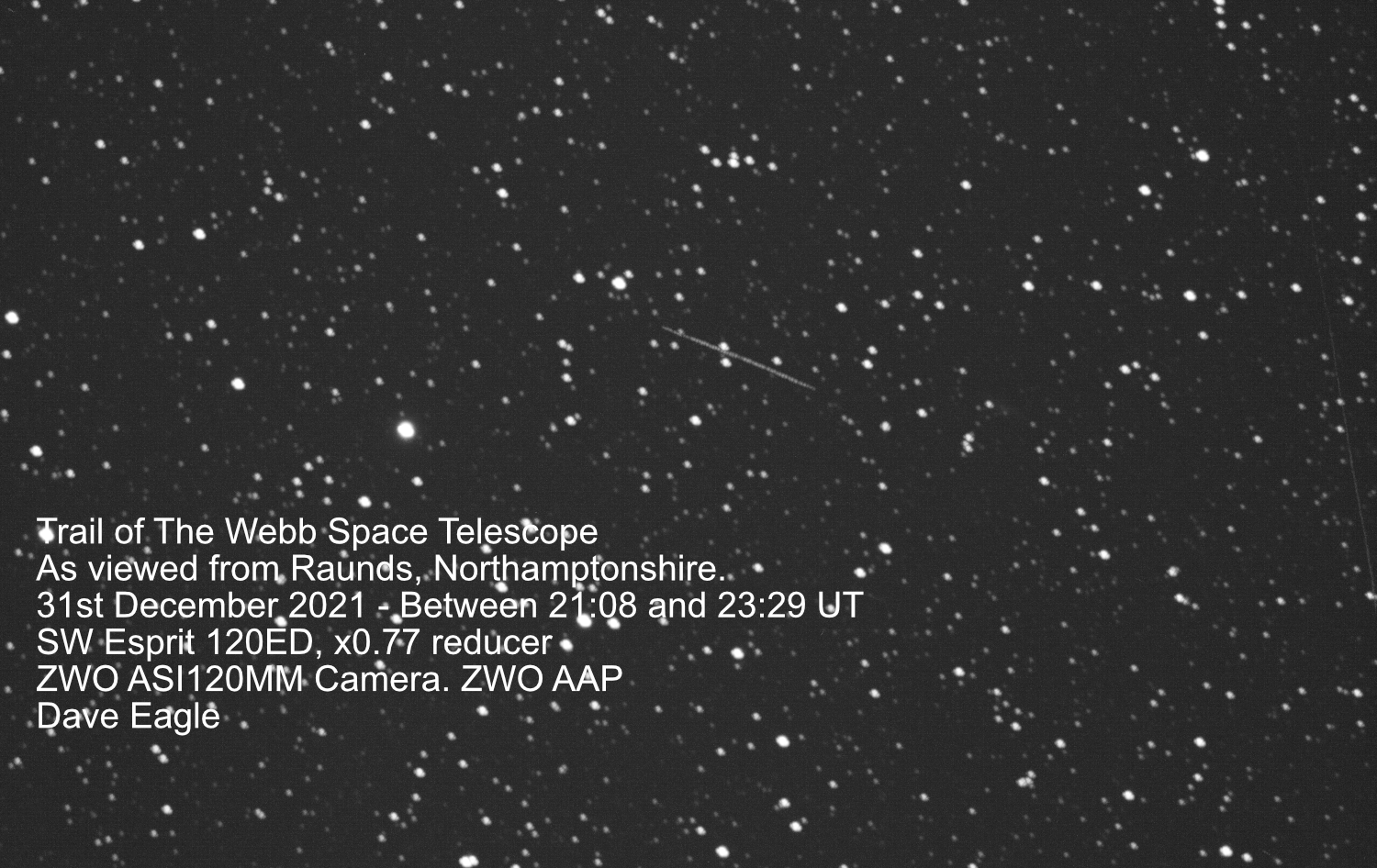 These were then used to create an animation.
I do not think the slight dips in brightness are real.
I think it is thin haze interfering. Webb fades at the end as the cloud thickened.

As you can imagine. I am a very happy bunny at successfully capturing this real challenge.