Since The Webb Space telescopes sunshield was extended on New Years Day, the brightness has increased quite a bit.

I imaged Webb on New Years Eve and roughly estimated its magnitude at about +15.
(See my blog entry for the 1st of January).

Estimating the brightness is always going to be difficult to do as Webb is a moving object.

As a result of this movement, its light will only fall on a pixel for a certain amount of time before it moves onto another pixel. So it may look a bit fainter in the resulting images. More of this in a little bit.

I got another chance with clear-ish skies last night, so I got everything set up again.

After starting imaging, I flicked through some of the images as they came off the camera and found Webb was directly in the centre of the first field of view. RESULT! 😁

After the sunshield has been deployed, it was definitely brighter, despite being over twice the distance from Earth as it was a couple of days ago. I now make it a full magnitude brighter at ~+14.

Looking forward to prospects for later.
As Webb gets further away from Earth, the apparent motion will become slower.
This means that we may still be able to pick it up, despite getting fainter, as during a longer exposure it will stay on a pixel, making it show up brighter in our images. 🤞

I then kept the AAP rattling off images. To produce the resulting image and animation below. 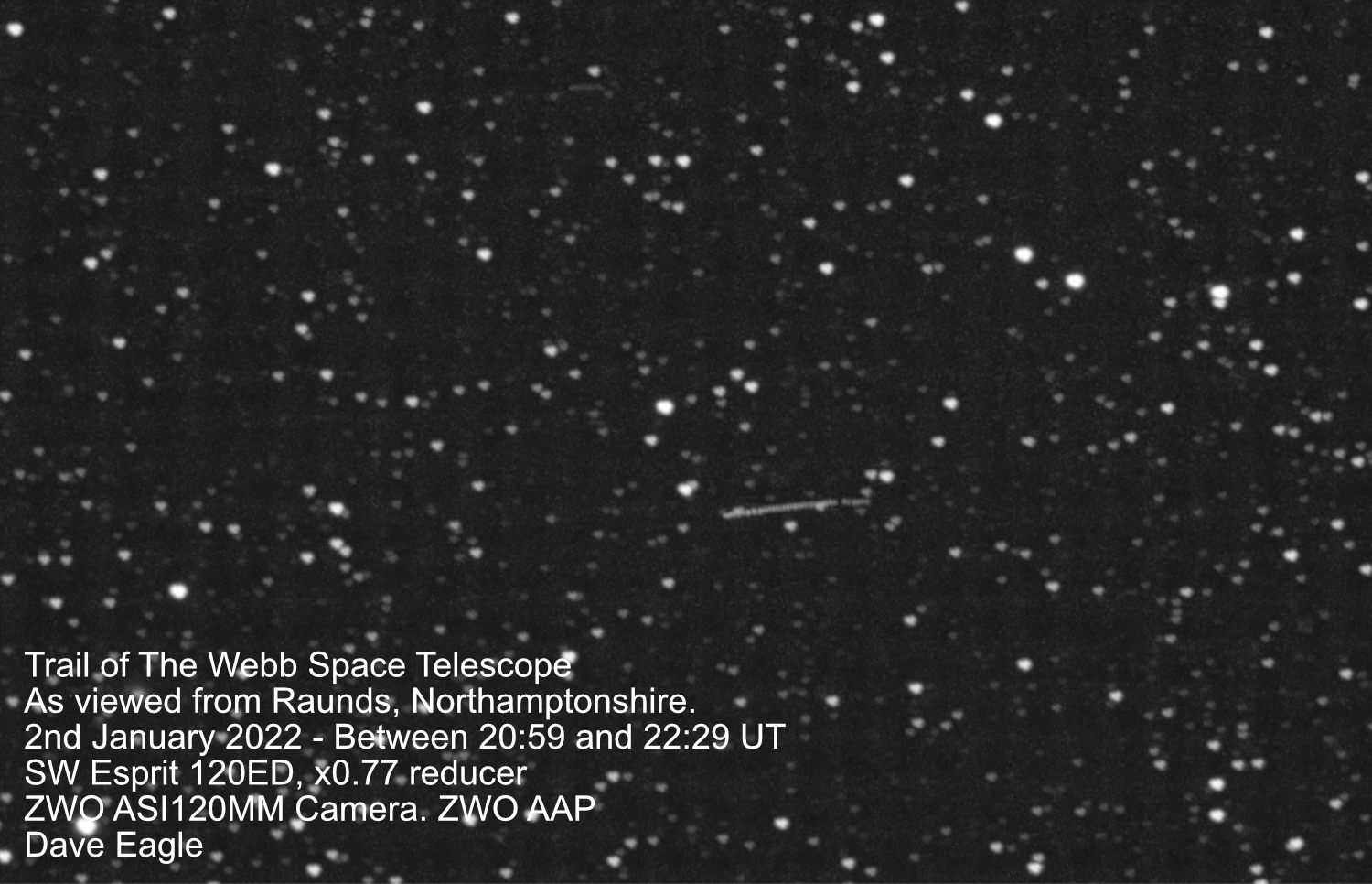 I then decided while the images were being collected to GO LIVE on YouTube to do a Webbcast.
That’s always a nervous decision, as you are relying on technology to keep going.

But despite gusts of wind wobbling the telescope and thin cloud interfering at times, I did manage to get some images broadcast live as they came off the camera. The AAP image froze at a crucial point, but managed to get back in to show the last few images of the faint dot moving.

We also had a rather familiar visitor introduce himself.
I couldn’t see folks videos at the time of the live stream, so I only heard the voice.
So I only heard who it might have been after people mentioned it later in the broadcast.
But I very much doubt it was that person. 🤣
See if you can identify him?