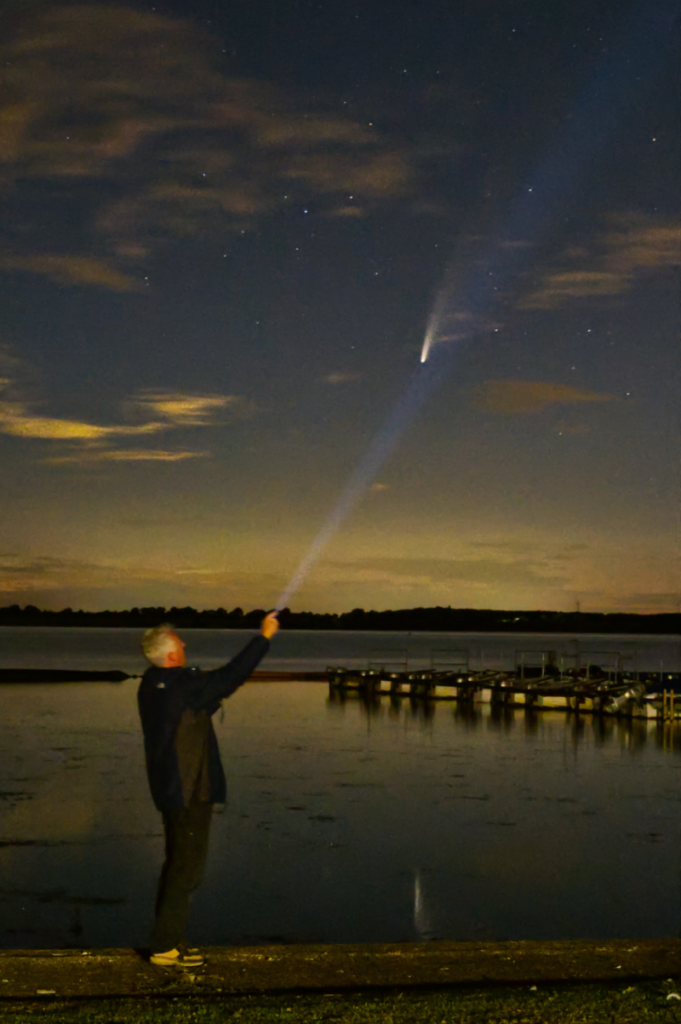 Being circumpolar means that the comet is visible throughout the night as it never sets from our latitudes.

The comet starts to become visible in the North-north-western sky as the sky gets dark, easily visible to the naked eye.

The comet is sporting a very bright dust tail, but it has also developed a very nice ion tail.

Some images, including a couple of mine, showing not only the expected blue colour within it, but there is red as well.

The tail is now at least 8 degrees in length and the tail/s should get longer as our perspective changes as the comet passes Earth later this month.

The image below shows the progression of the comet across the sky.
It is moving away from the area close to Auriga.
The bright yellow star Capella and Beta Aurigae, visible lower left are your best guides to find the comet.

Once Capella is visible in the fading twilight, start hunting for the comet.

By dawn it is visible low down in the north-north-eastern sky, but be quick, the brightening dawn from 3:30am BST will drown out the comets glow.

At the time of writing (15th July) the comet is in the constellation of Lynx.
Unfortunately this constellation is small and fairly indistinct, so it doesn’t have any bright stars within it, so Capella and beta are still your best guides.

By the 19th of July, the comet has moved further north and will be located right by the forelimbs of Ursa Major, The Great Bear, very close to the third magnitude star Iota (Talitha).

The direction the tail is pointed would have turned slightly anti-clockwise and should also appear a lot longer as our perspective changes. 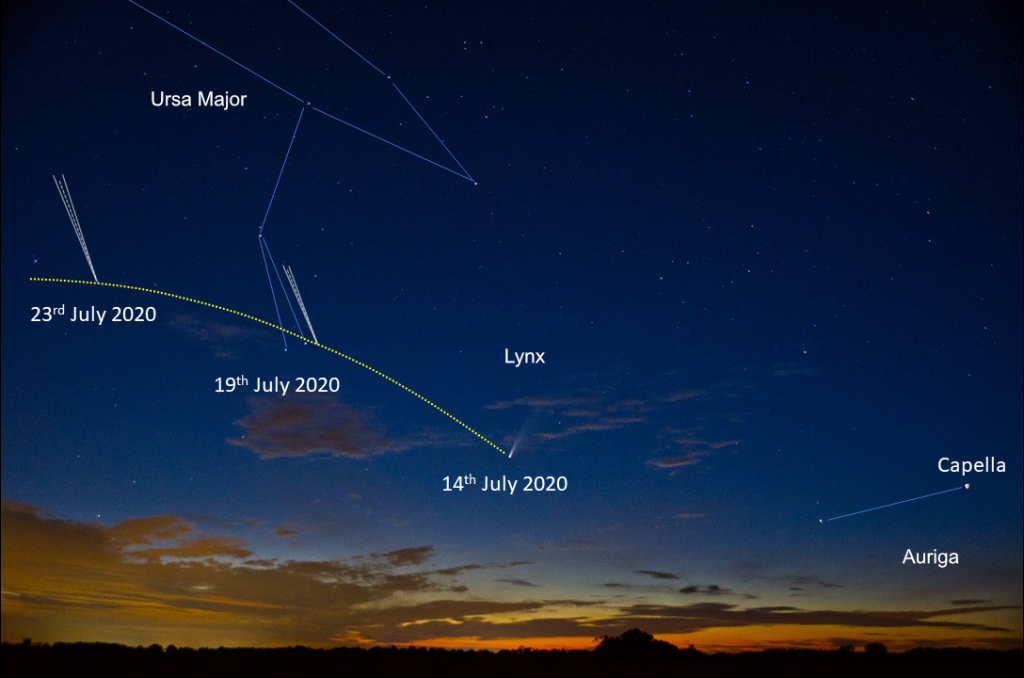 On the 23rd of July Comet NEOWISE will be at its closest to Earth when it will be 103m Km distant, ~40x the distance of The Moon.

Will the comet fragment and fade long before then? Or will it get brighter?

The only way to know for sure is to get yourself out at any possible opportunity and have a look at this magnificent object.

It could be more than 25 years before we see another comet as bright as this.