The launch of the mighty Saturn V rocket was at 16:22 from Cape Canaveral.

Luckily all systems were still functioning normally, so the ascent towards Earth orbit continued. 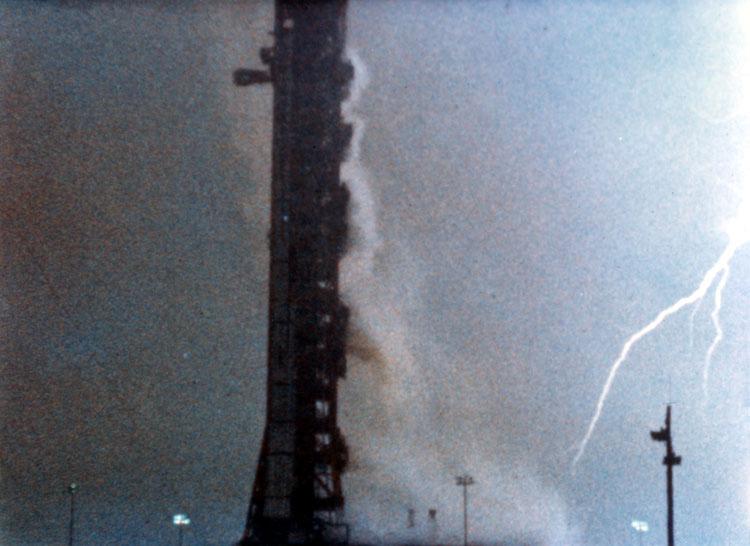 At 2m 41s into mission, the first stage cut off, separation occurring one minute later.

The single-engined third stage  (S-IVB) burned from 9m 16s until 11m 33s into the mission.
This placed the Apollo spacecraft into an elliptical Earth orbit.

The orbit of the Apollo stack was adjusted and trimmed by the third stage by firing a second time from 2m 47s until 2m 53s.

Now a big decision had to be made.
Had the lightning strike affected the Apollo spacecraft on launch?
Could the parachute deployment system at the nose of the Command module have been damaged?
Could the heat shield on the back of the command module have also been compromised?

As they were already in orbit, the only way to test these out were by using them.
This would involve aborting the mission and bringing the astronauts home now.

The other option of course was to send them onto the Moon and test these once they got back to Earth 10 days later.
Thankfully all extensive checks on the spacecraft now made while safely in Earth orbit showed that everything was working nominally.

As a result clearance was then given to “go for TLI” (Tran-Lunar Injection).

2 hours and 50 minutes into the mission, the third stage engine was fired for a third time to increase the velocity to about 25,000 mph.
This will send them into a highly elliptical orbit around Earth, sending them towards a spot in space, passing close to where The Moon will be in 3 days time. 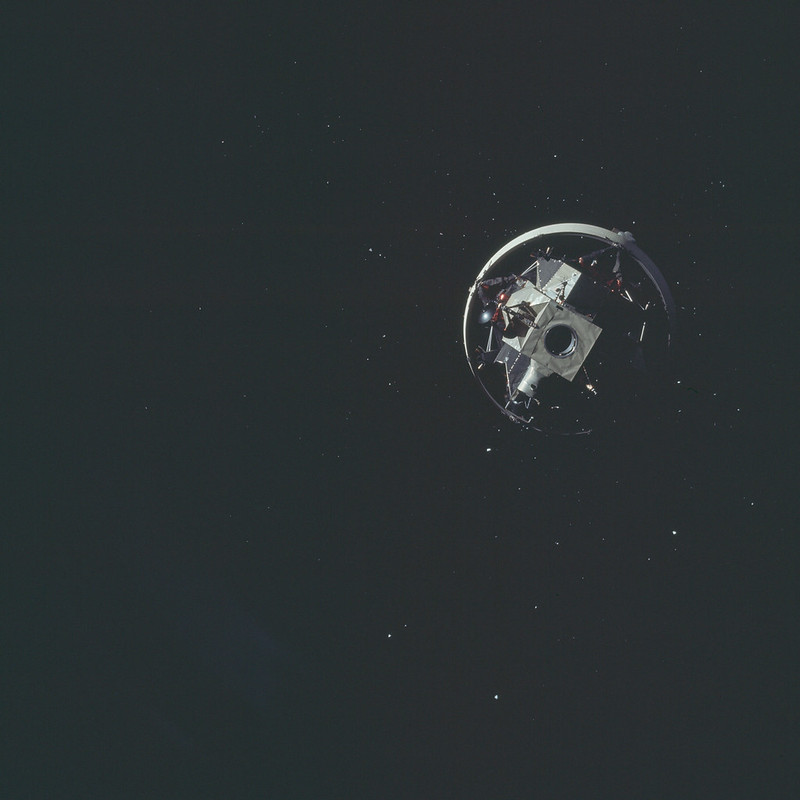 Once the Lunar Module was extracted the Command/Service Module moved away from the spent third stage.

After separation most third stages were crashed into the Moon’s surface.
This enabled them to test the instruments left my Apollo 11 which measured Moonquakes.
In Apollo 12’s case, the third stage entered into a strange solar orbit.
This orbit periodically brings it back towards Earth.
It was last spotted in 2002. It is due to come back near to Earth in 2032 and may be bright enough to be visible to amateur observers / imagers. Also catalogued as asteroid J002E3, its Apollo origin was confirmed when spectroscopic studies showed a signature matching that of the titanium oxide paint used on the rocket.

At 4h 20m into the mission an avoidance manoeuvre was performed to ensure they separated from the third stage.

The three astronauts then started their coast towards an area of space where they will meet up with The Moon in 3 days time.

They performed a TV transmission and at the end of the day The Lunar Module Pilot, Alan Bean entered the Lunar Module to start checking all its systems were OK in anticipation of the landing.

It was a great start to yet another lunar adventure for the second Moon landing.