Being so busy lately,  I’ve somewhat neglected my blog for a while, so it’s time to take it up again.

On the evening of the 25th of May, we finally got prospects of a reasonably clear evening.
Despite the late time of the sky getting dark, and an almost full Moon, I decided to get the scope set up and see if I can capture an image of Comet C/2020 A2 (Leonard).

This comet could give us a great show later in the year. (Where have we heard that before?).
See my YouTube video below describing what we might expect from the comet.

I contacted my mate Kev, so he popped round to see the ASIAIR in action.

I had another problem with the Off Axis Guider, so ditched that for this session, guiding with a 50mm guide scope.

Got all set up before The Moon got too high and bright, then sent the scope towards Merak to calibrate the position.
I then used Sky Safari to GOTO the comet, which wasn’t located too far from that first magnitude star.
We quickly identified that we were looking at the correct star field so the comet should be right in the centre.

So I rattled off a number of short 30-second subs, not knowing how fast the comet was moving.
(I will do longer subs next time).

Once stacked, I got this very nice image below, showing the comet near some very faint galaxies.
The comet is about 16th or 17th magnitude, so has a long way to go before it gives us a good show.
But I was well pleased to capture the comet so early in the year.

Once I finished that, The Moon was getting extremely bright, so I switched to the Hydrogen Alpha filter and went to the location of NGC6888, The Crescent Nebula in Cygnus.
The resulting image is shown below.

All in all, it was a very enjoyable evening, and great fun to catch up with Kev again. 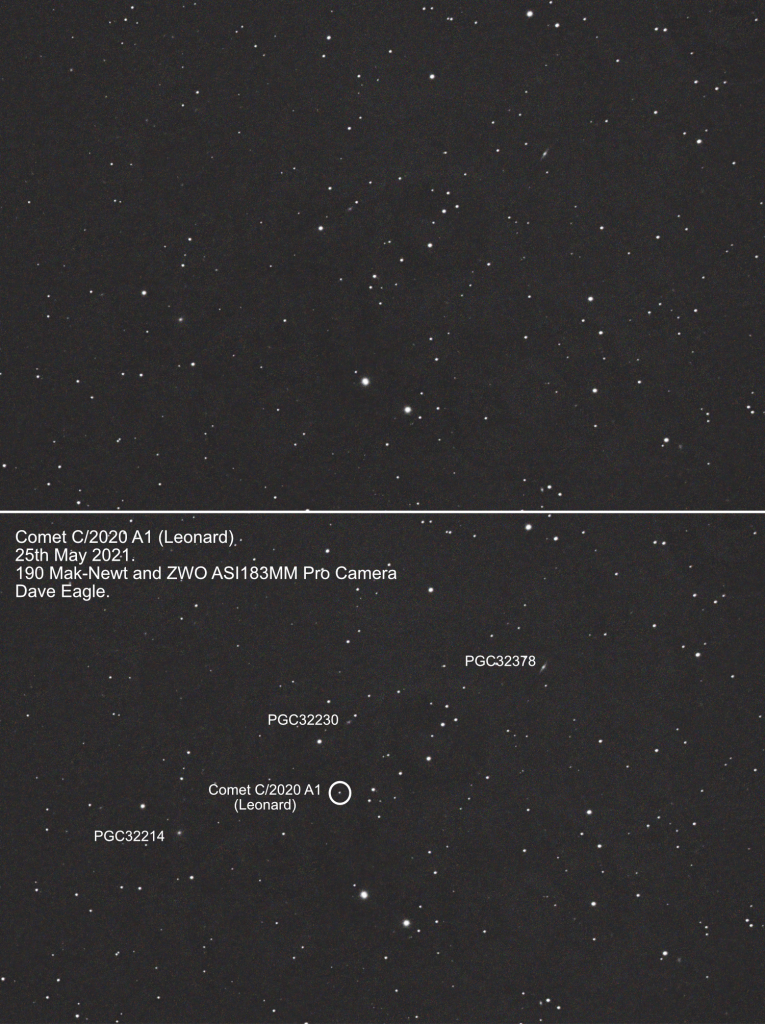 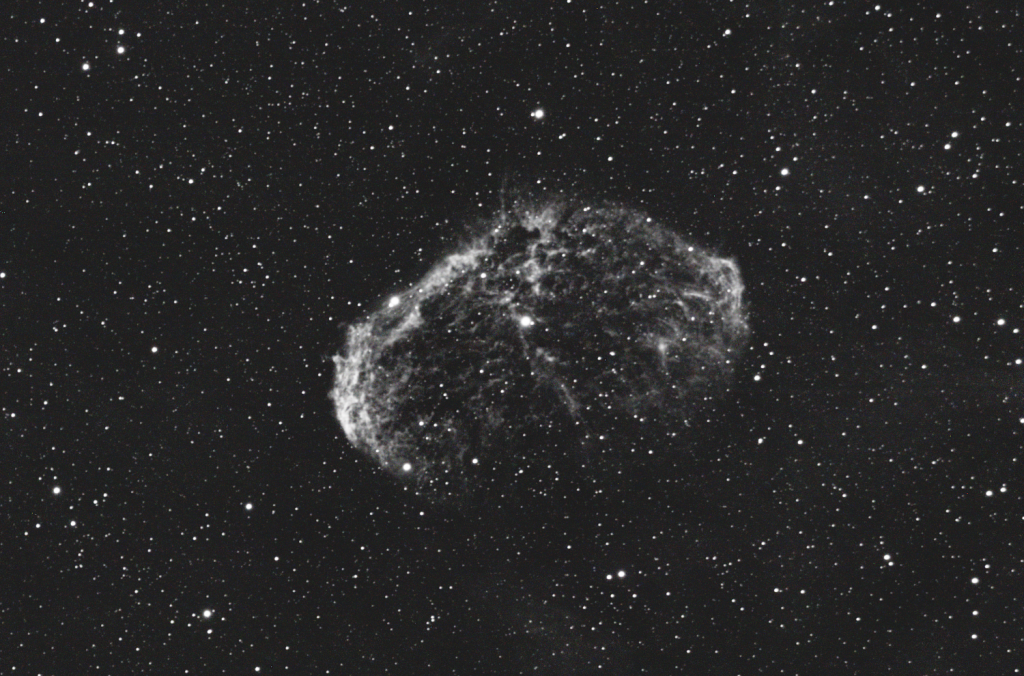