It will come to perihelion in early May, when it will be in the constellation of Camelopardalis.

It will be at its brightest around this time and moving fairly fast. It was predicted to become as bright as magnitude +8.5. However, the brightness comets can achieve are always fairly difficult to predict, it certainly seems to be exceeding expectations and has already reached a magnitude of +10.8.

Below is an image I took of the comet on the 29th of November.
(Notice the track of the small asteroid moving just above the comet at the time).

If this brightening continues, it may (or may not) get a lot brighter than +8.5.
So how bright could it become?

The only way to know for sure is to get out and keep having a look at it.

It is certainly a very nice comet already with a distinct dusty tail visible.

This comet is going to favour northern hemisphere observers and is heading north.
It will also maintain a high northerly altitude throughout its apparition, taking us right the way into the Summer.

The maps below show the path it will take amongst the stars.

It is currently in the head of Perseus. As it tracks across its path, it passes a few notably bright objects.
These should make for very nice images with the objects being so close together on the following dates:

The Sword Handle Double Cluster in Perseus.
Between the 25th of January and the 2nd of February.

Open Cluster NGC 886 and The Heart & Soul Nebulae.
13th March and a week either side for the larger nebulae. 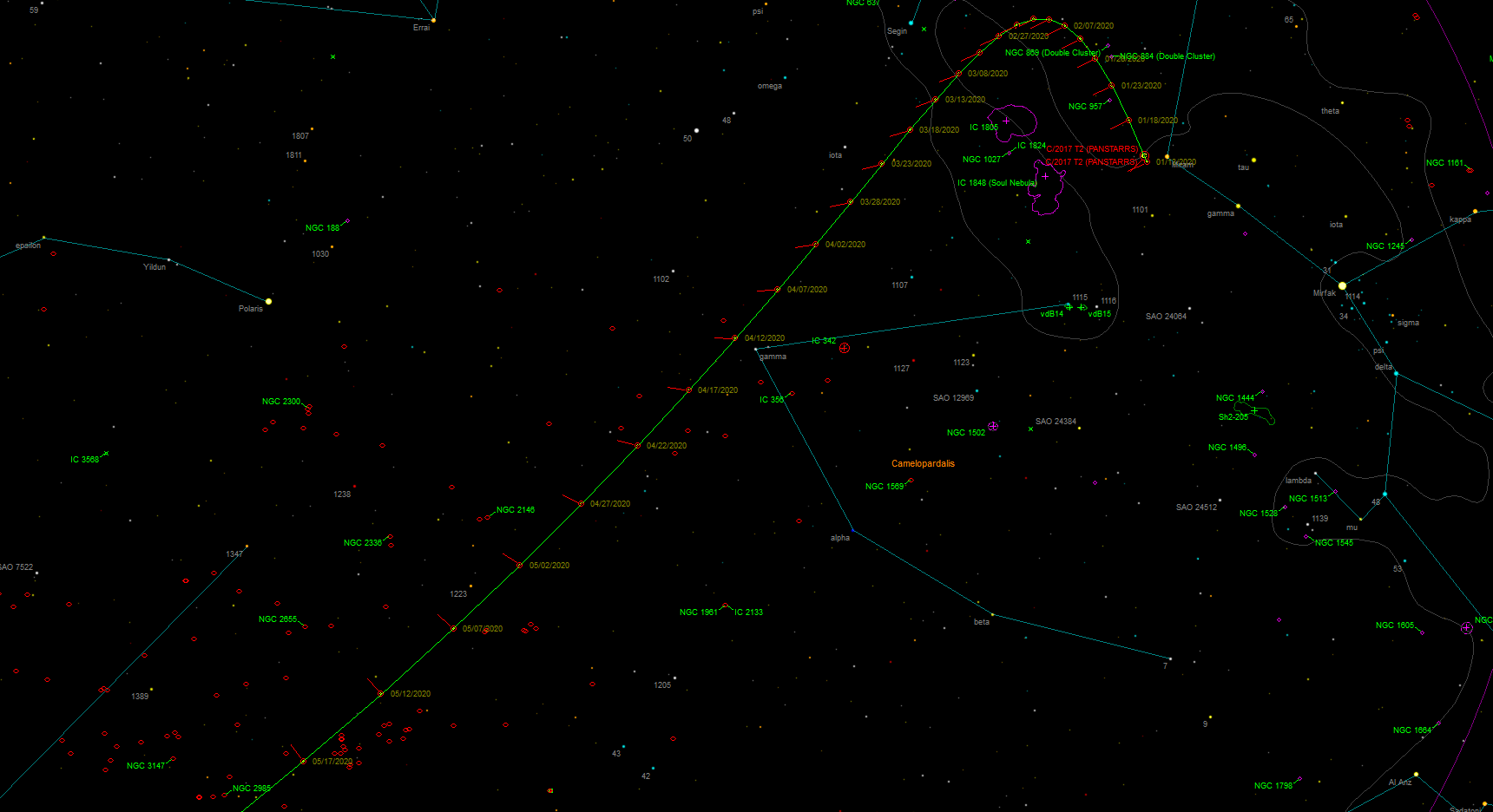 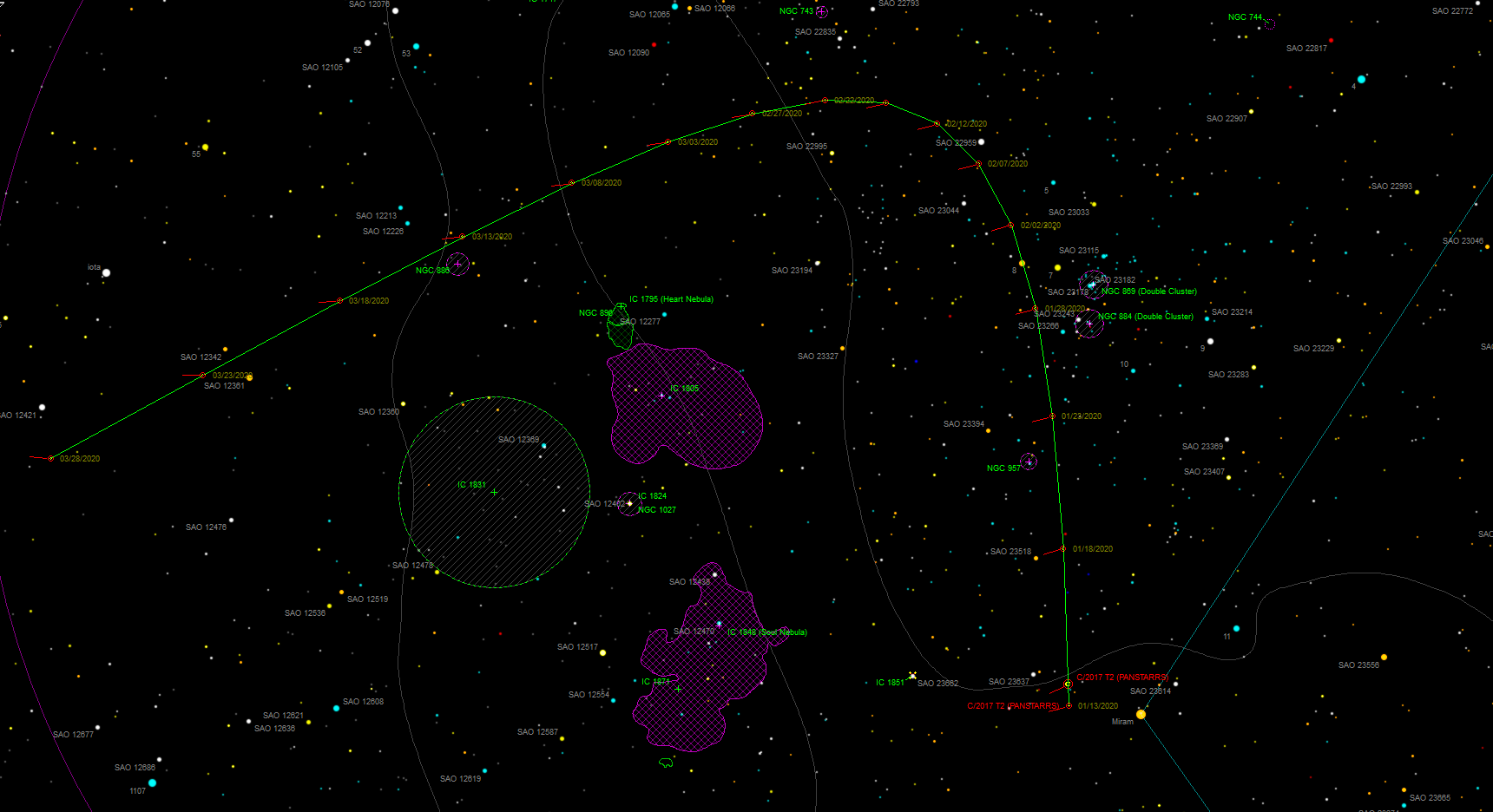 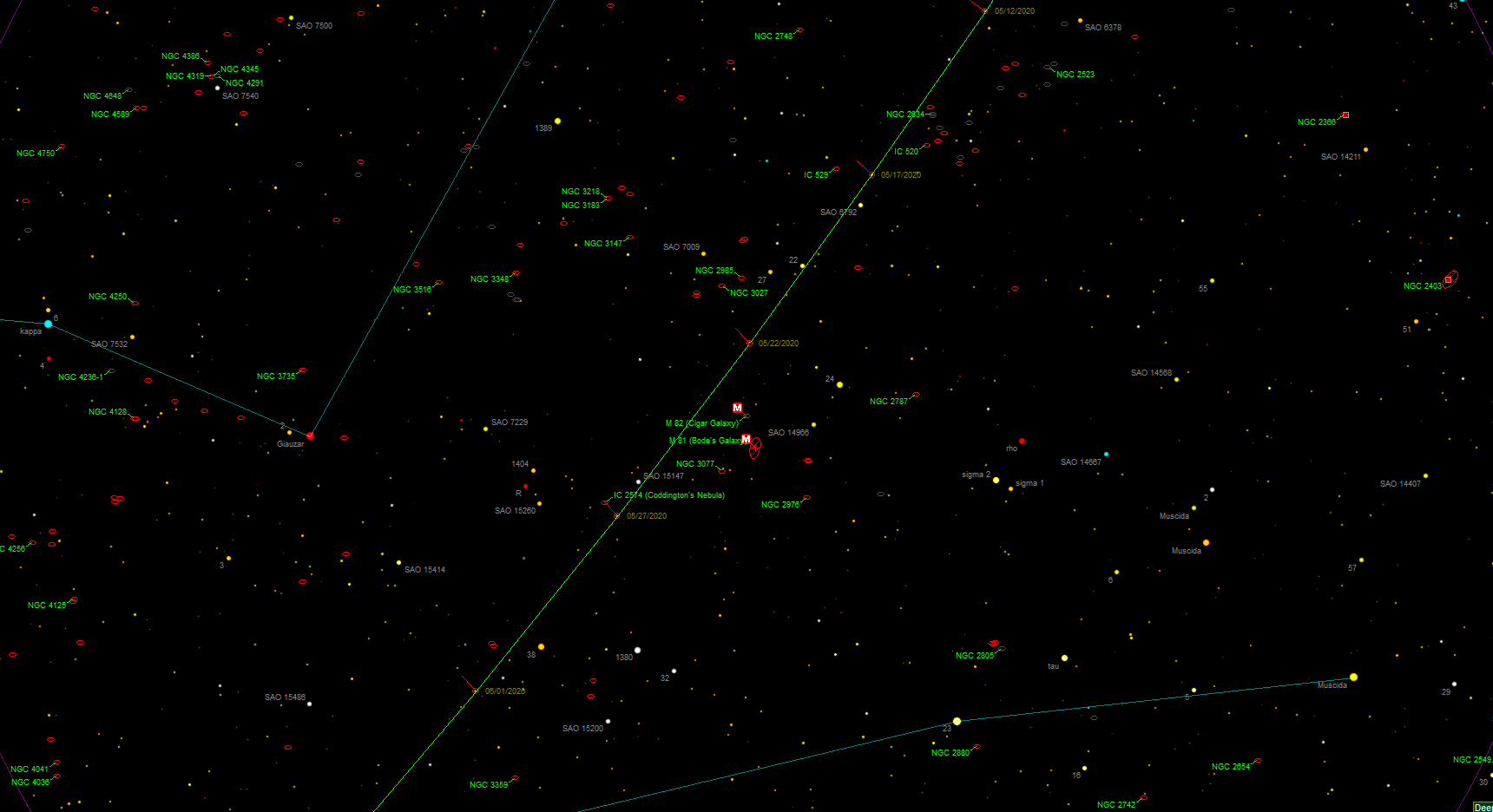 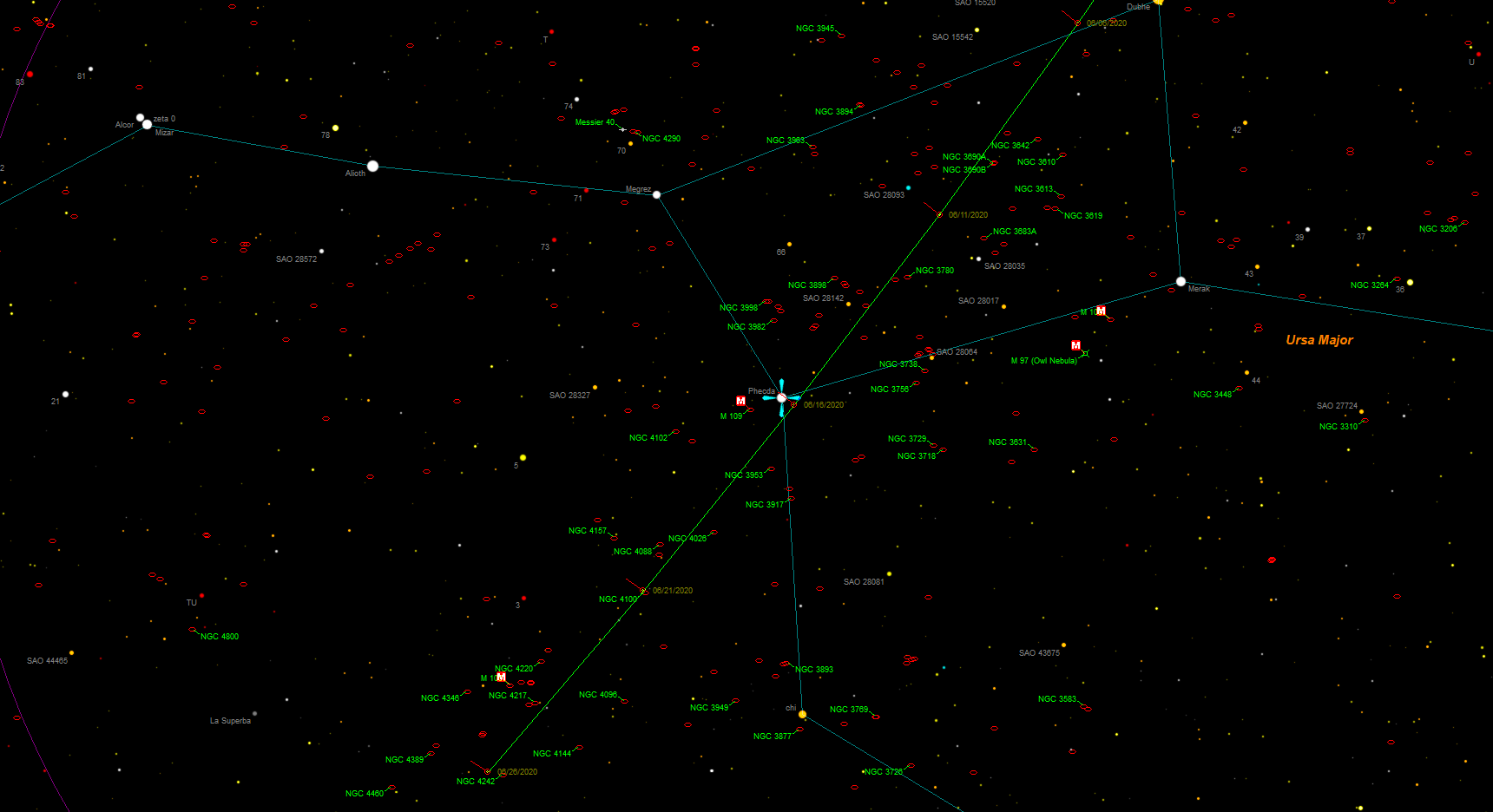