Comet 289P (Blanpain) is heading northwards and should become a better placed object for us in the UK during December and January.

Update 5th December 2019.
This comet is now only likely to only reach a maximum brightness of around 15th magnitude now.
Oh well! However, I’ll leave this as it stands anyway.

289P is currently in Aquarius and has a 5.36 year orbital period. It is currently a very faint magnitude 19.9, so will be very difficult to spot visually, but could be captured photographically if you have good equipment, technique and fairly dark skies. This task will get easier as it gets higher in our skies and brightens.

It starts moving faster and brightens rapidly as it approaches The Sun.

The comet reaches perihelion (closest to the Sun) on the 20th of December, still in Aquarius.

Towards the end of the year, it moves quickly through Pisces and onward into The Square of Pegasus where we will find it in the new year. 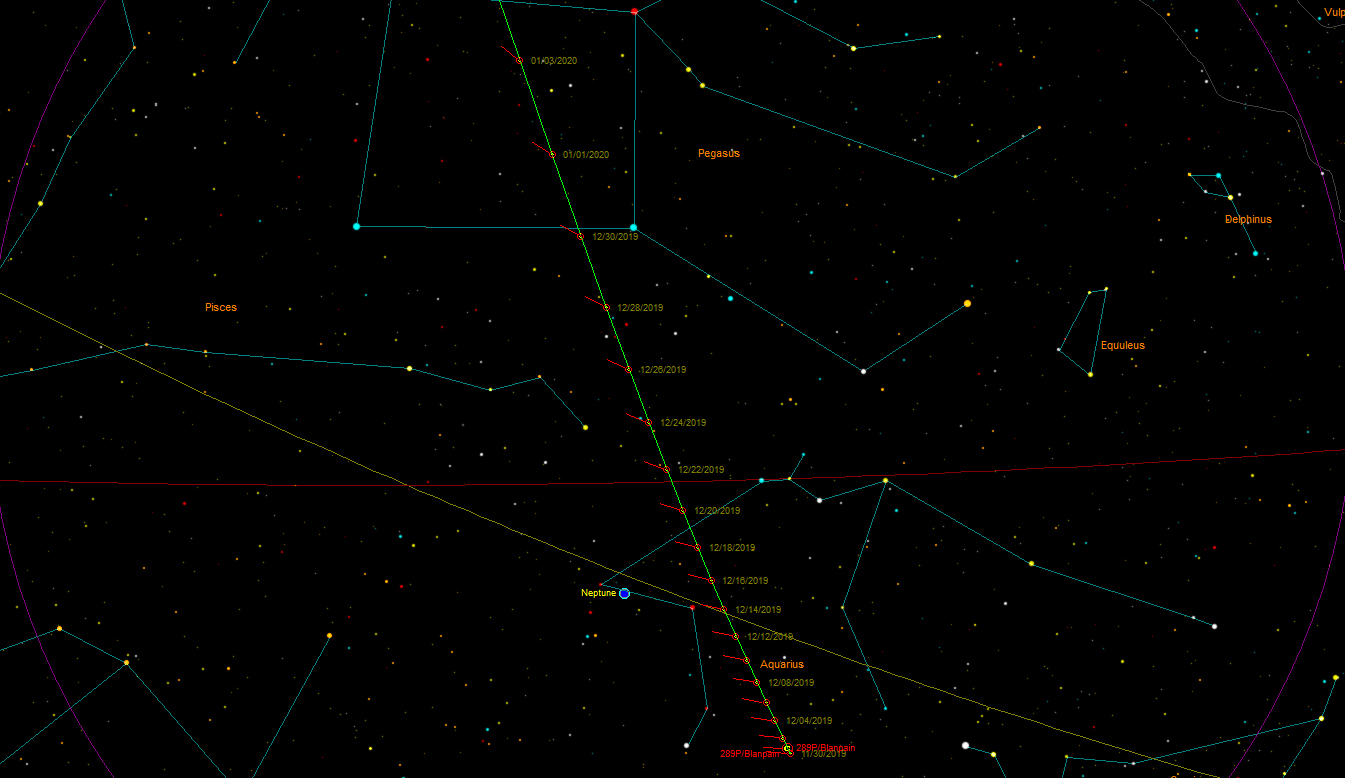 It continues heading northwards.
By the end of the first week of the new year, the comet should be found amongst the stars of Andromeda.
It approaches within a few degrees of The Andromeda Galaxy on the 8th of January.

On the 10th of January it should reach peak brightness of a predicted magnitude +4.8 when it will be about 0.1 Astronomical Units from Earth.

The week after sees the comet moving through the stars of Cassiopeia, passing fairly close to a few nice star clusters, The Owl Cluster NGC 457, being one of them, on the 12th January.
It will also pass close to Delta Cas and M103 over the next day.

A few days later we will find the comet within the constellation of Camelopardalis, but should be starting to slow down and fading rapidly.

The comet  reaches the head of Ursa Major by the end of January. 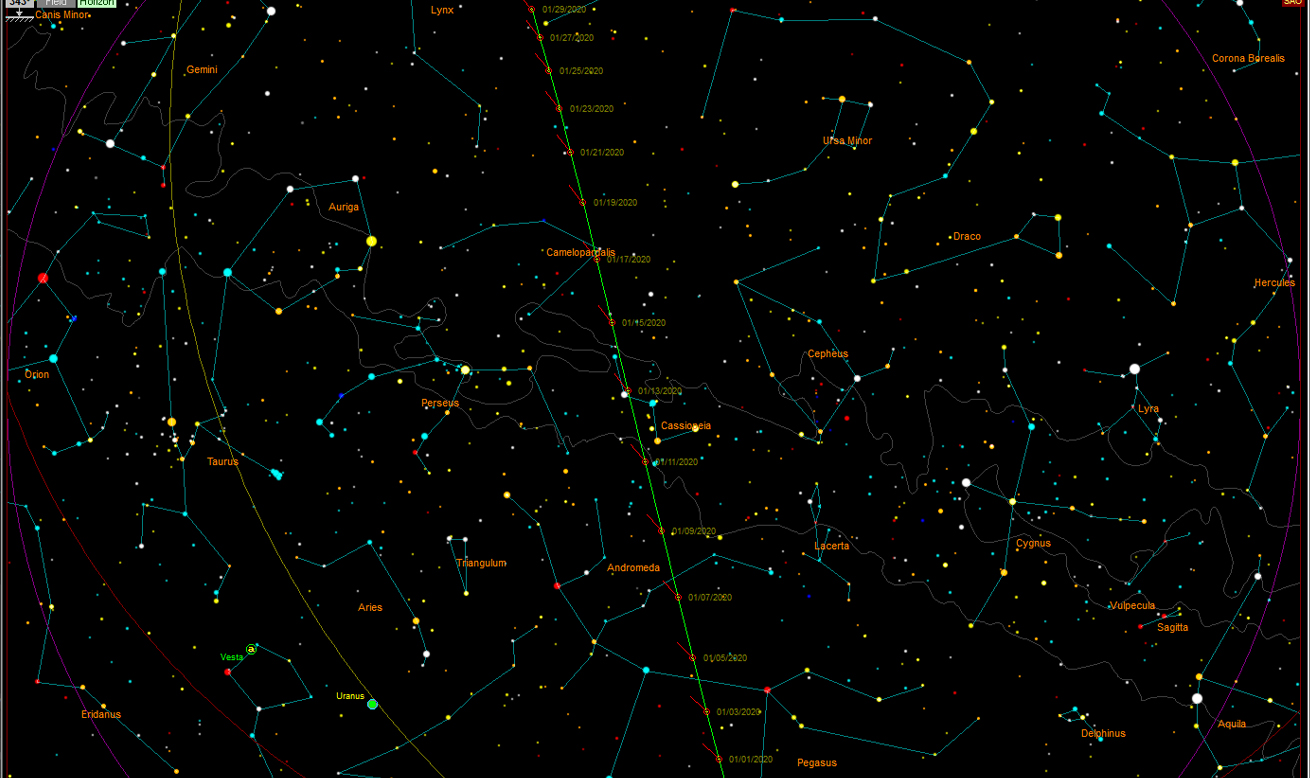