See my blog entry below about the first launch:
https://www.star-gazing.co.uk/WebPage/starlink-spectacle

So we now have 120 of these in orbit. SpaceX plan to perform at least another 22 launches to reach a point where it will be able to offer global Internet access. It aims to achieve this by the end of next year. This will be 1,300 in orbit. The plan is to launch at least 10 times this amount in the future, so I was keen to get out and see how bright this new batch of satellites were, and how much impact they might be having in our skies this time.

Unfortunately, it has been cloudy or foggy each time the cluster was predicted to pass over my location, until this morning.

The main cluster wasn’t expected until around 6:15am, but I went out with my camera to set up well before time to set up the camera and take some test shots. Some bright Starlink satellites were already visible with the naked eye crossing the sky almost overhead, passing very close to The Plough.

Test shots done, I waited a few more minutes and watched a few ahead of the pack race through the field of view. As the minutes ticked away, the time of the main cluster approached. The increase in rate was very rapid and noticeable.

One after another the stream of moving lights moved across the sky fairly close together. The satellites were easily second magnitude, so were as bright as most of the stars within The Plough. They approached from the west, becoming visible as they moved into sunlight, close to Capella. They were at their brightest as they passed overhead near The Plough.

My image of the Starlink Satellites taken this morning.
The satellite tracks are shown close together. 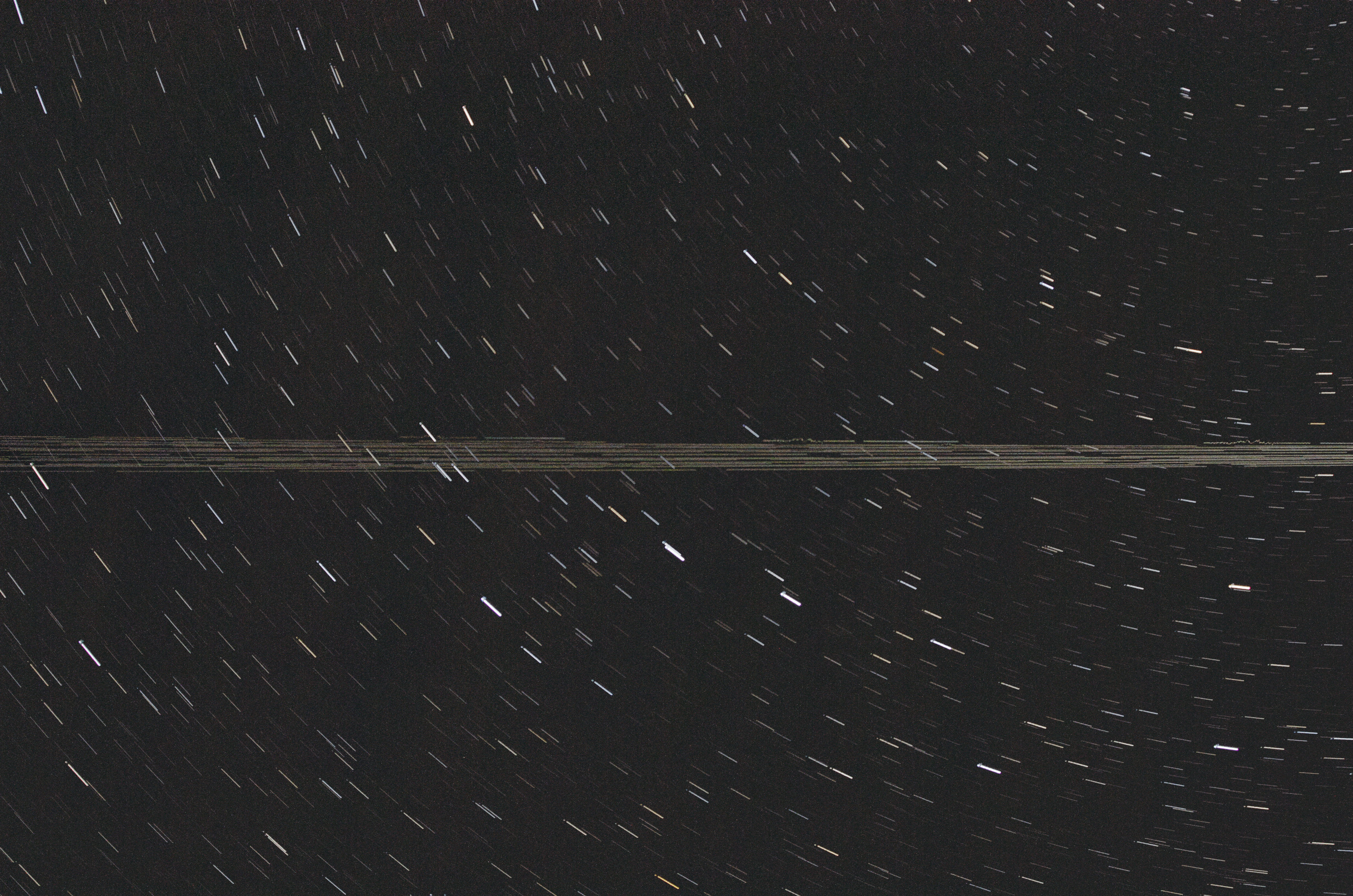 Here’s my animation made from the individual images.
Each image was 7 seconds long, so satellite trails show movement in seven seconds.

The satellites brightness faded as they quickly moved towards the eastern horizon passing through Corona Borealis. They did not flare in the same way as I observed the the first cluster to do so. Maybe that’s because these were observed much later after launch. They were stringing out away from one another and getting into higher orbits when I observed them.

I have heard that some ground-based radio meteor detectors have picked up a lot of interference as they pass over.

Want to get out and observe them yourself?
There are two passes in the morning, ~4:50 and ~6:25 UT.
The times will change and as they spread out in their orbits will be further apart from one another over time.
They will also hopefully fade.

The first cluster of satellites seem to have faded from view since they were launched, but the jury is still out on that one.

So will these new satellites fade and their interference become less over time? Or will they continue to cause us problems on the ground, either as us amateurs or even the professionals? I guess we will soon find out.