Another comet that will be good to go out and watch is 260P (McNaught).
It is currently heading northwards in the constellation of Aries.

Images taken of the comet show it sporting a short but very distinct tail.

By the end of September the comet is in Perseus at about 11th magnitude, but still slowly brightening.
But it is not predicted to get very much brighter.

On the 8th and 9th of October the comet passes close to the open cluster M34.

The map below shows the path of the comet during September. 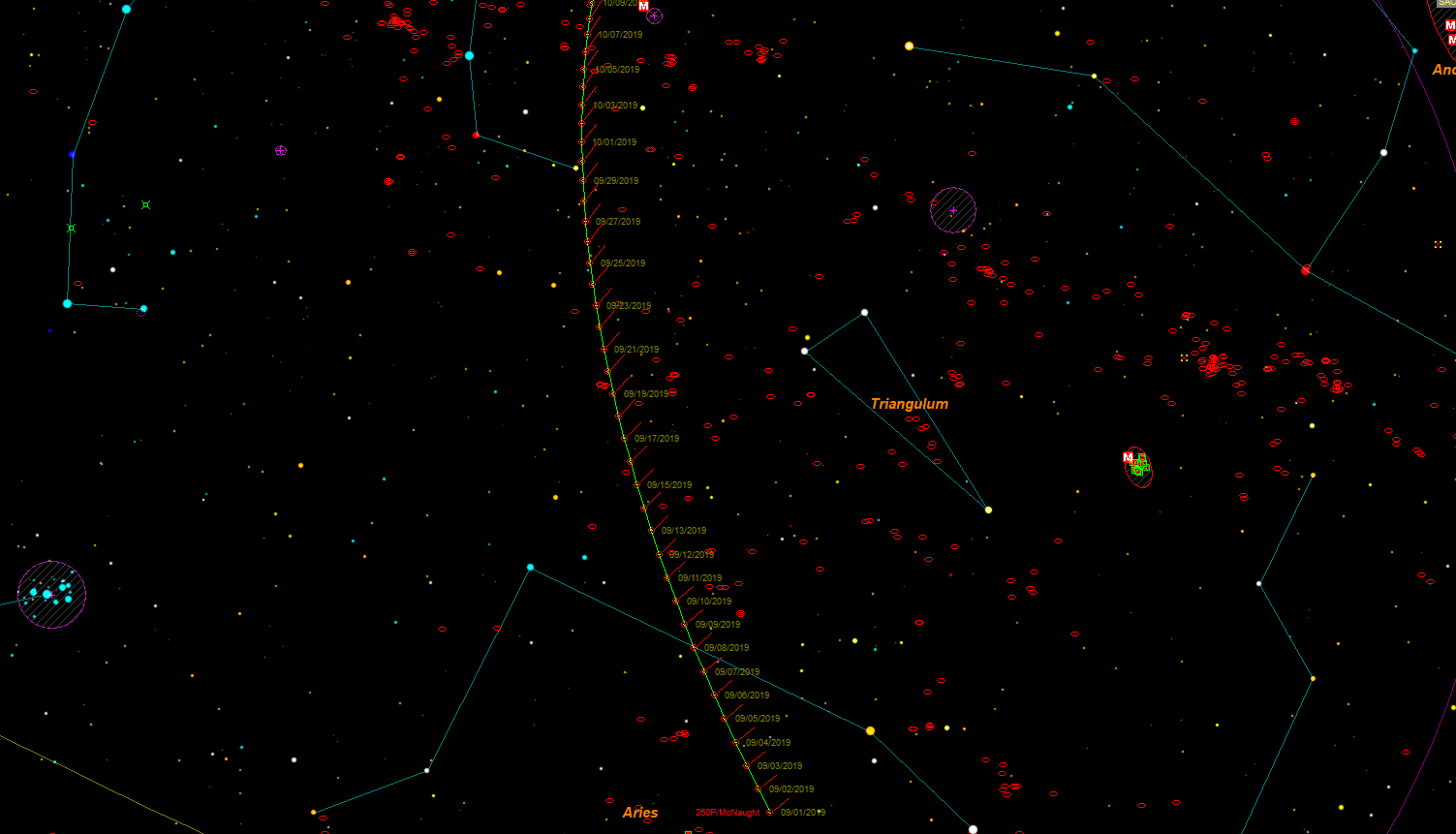 At the end of October and into November, the comet starts to trace out a retrograde loop.

The map below shows the path of the comet during October and November. 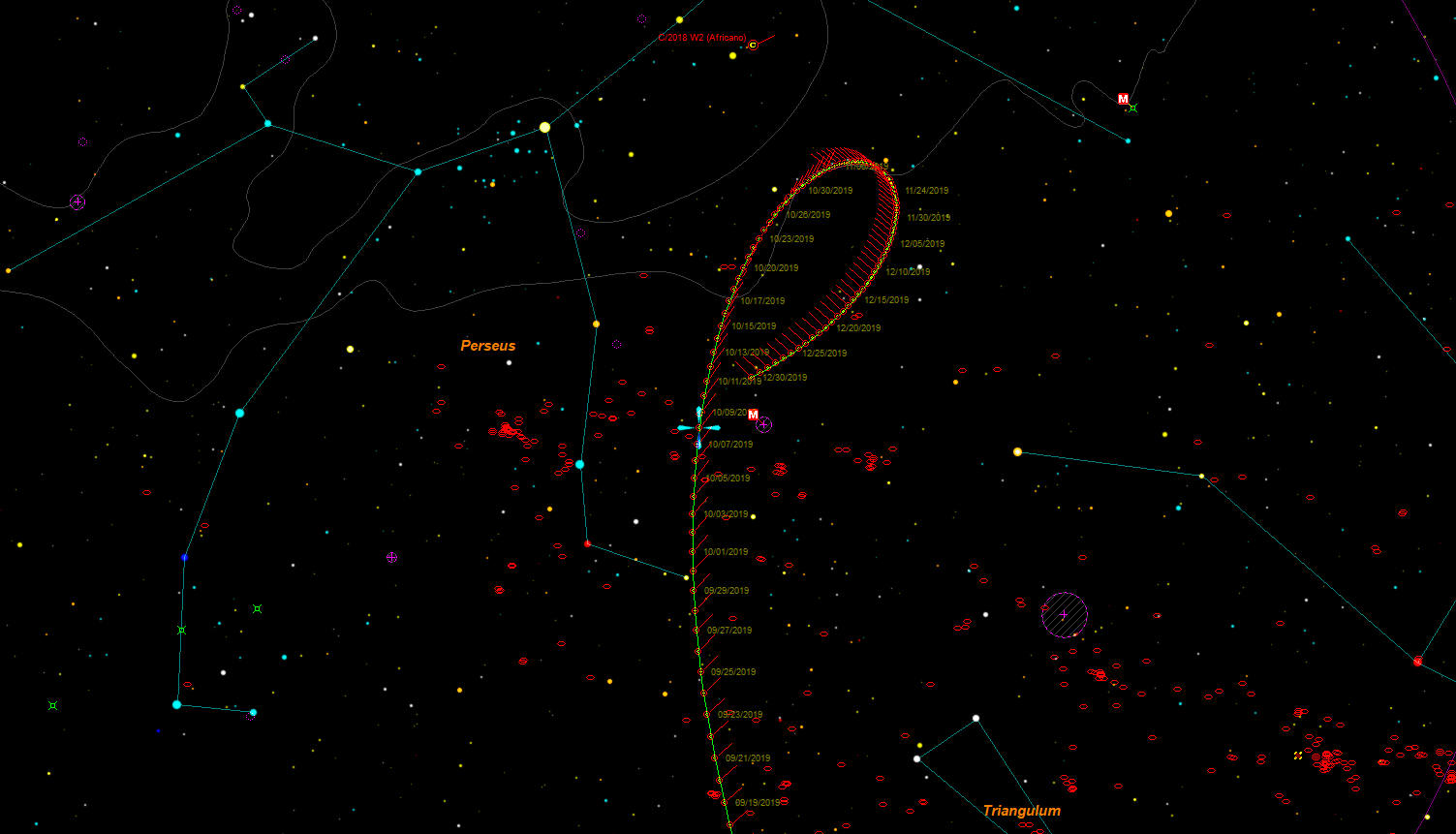