Comet 2018 W2 (Africano) is visible the next couple of months.

It is fairly high up at the moment in Perseus.
It reaches perihelion tomorrow (6th September). It is currently about 10th magnitude.

So it does require a reasonably sized telescope or imaging to pick it out.

The path of the comet takes it from Perseus and mid-month it moves into Andromeda.
On the 17th & 18th it passes almost directly between the galaxies M31 and M33.

The map below shows the path of the comet during the first half of the month. 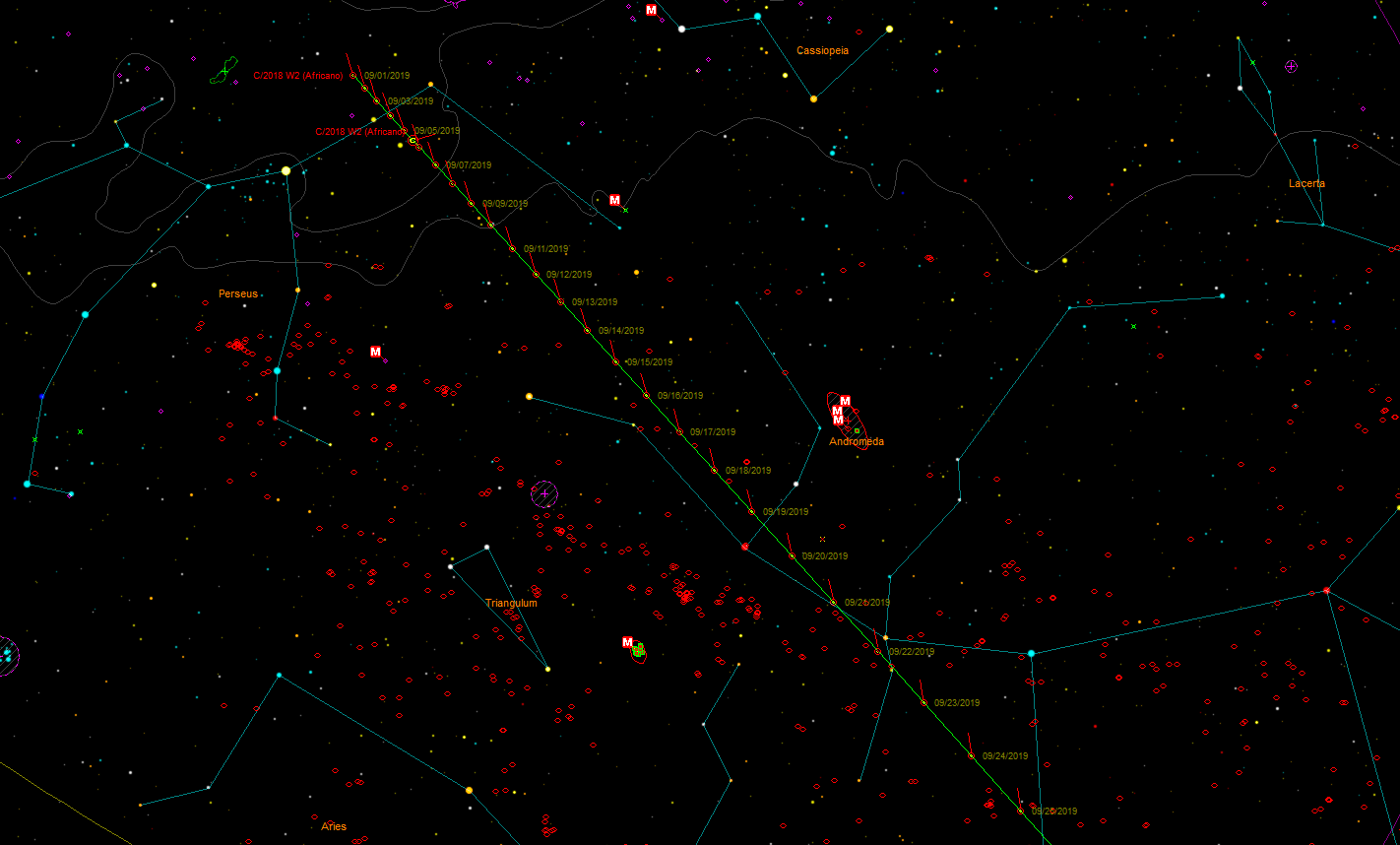 On the 22nd of September it passes fairly close to the bright naked eye star Delta Andromedae.
The comet should have started to fade by this time.

The map below shows the comet path at the end of September into early October. 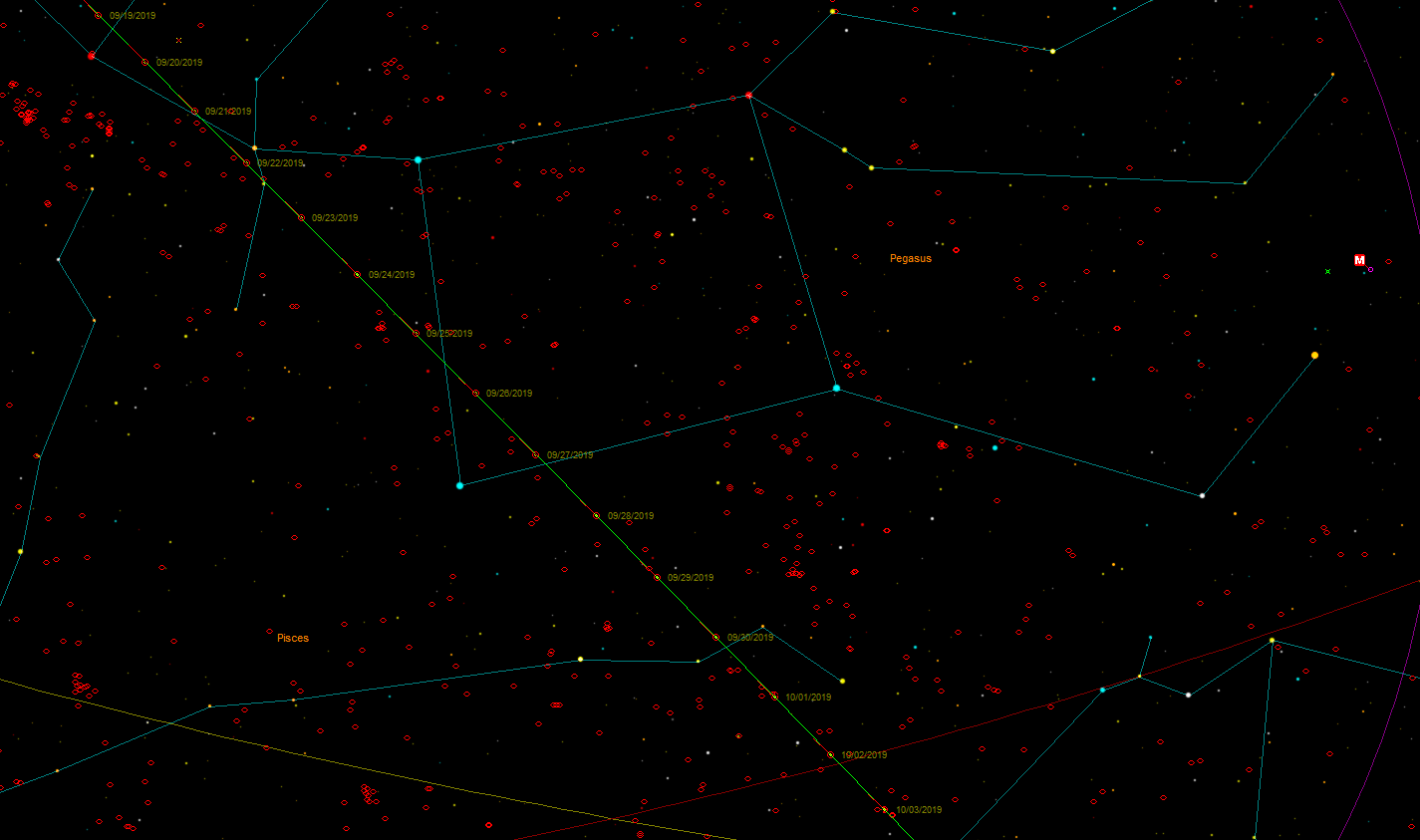 Around the 26th of September the comet passes through the bottom left part of The Square of Pegasus.

It continues heading southwards, fading all the time.

The map below shows the comet path during mid-October. 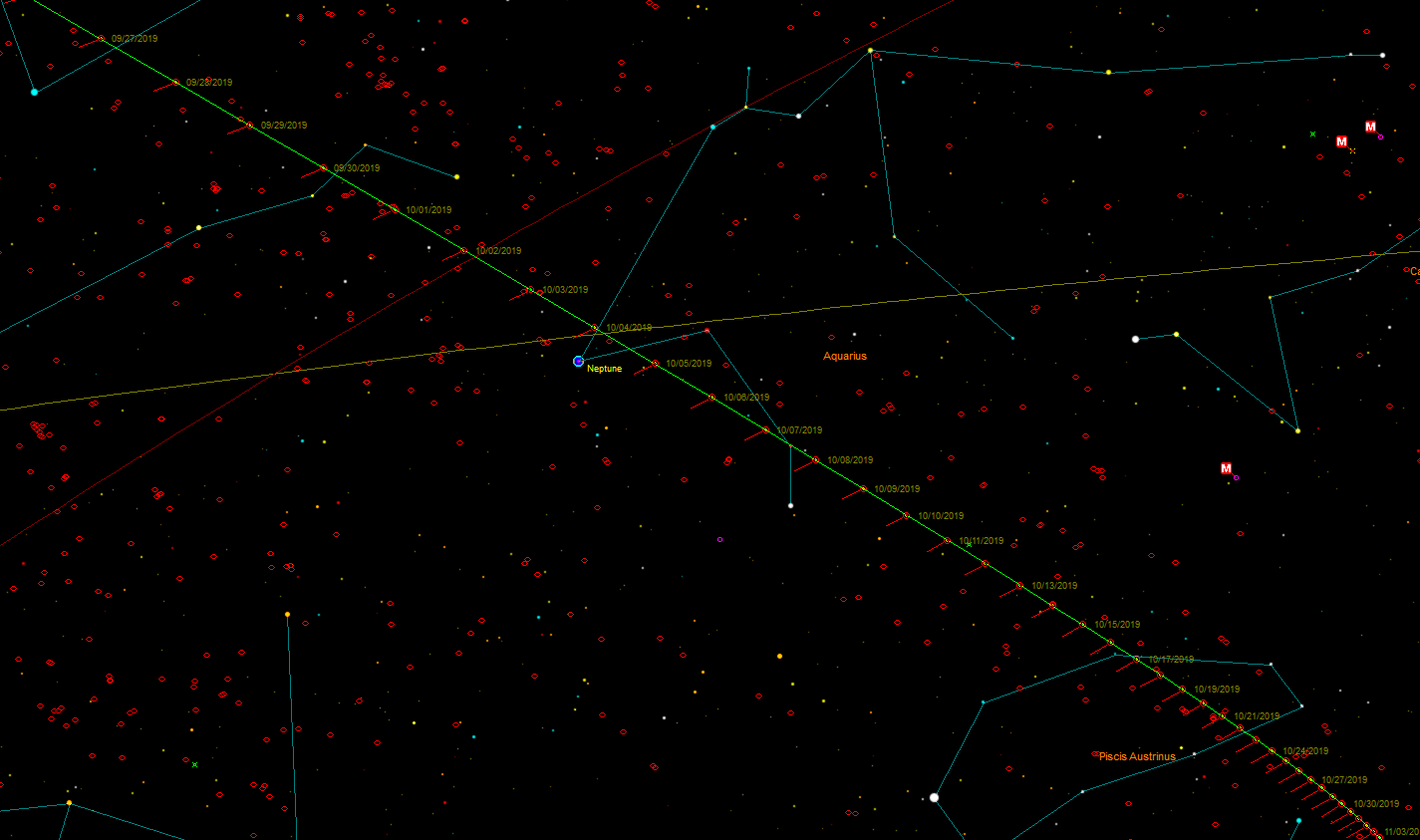 On the 4th of October Comet 2018 W2 (Africano) passes fairly close to Neptune.
It would be good if these two objects could be captured in a single image.

The last map below shows the comets path at the end of October and into November, where it should have almost faded from view and is starting to trace out a long retrograde loop. 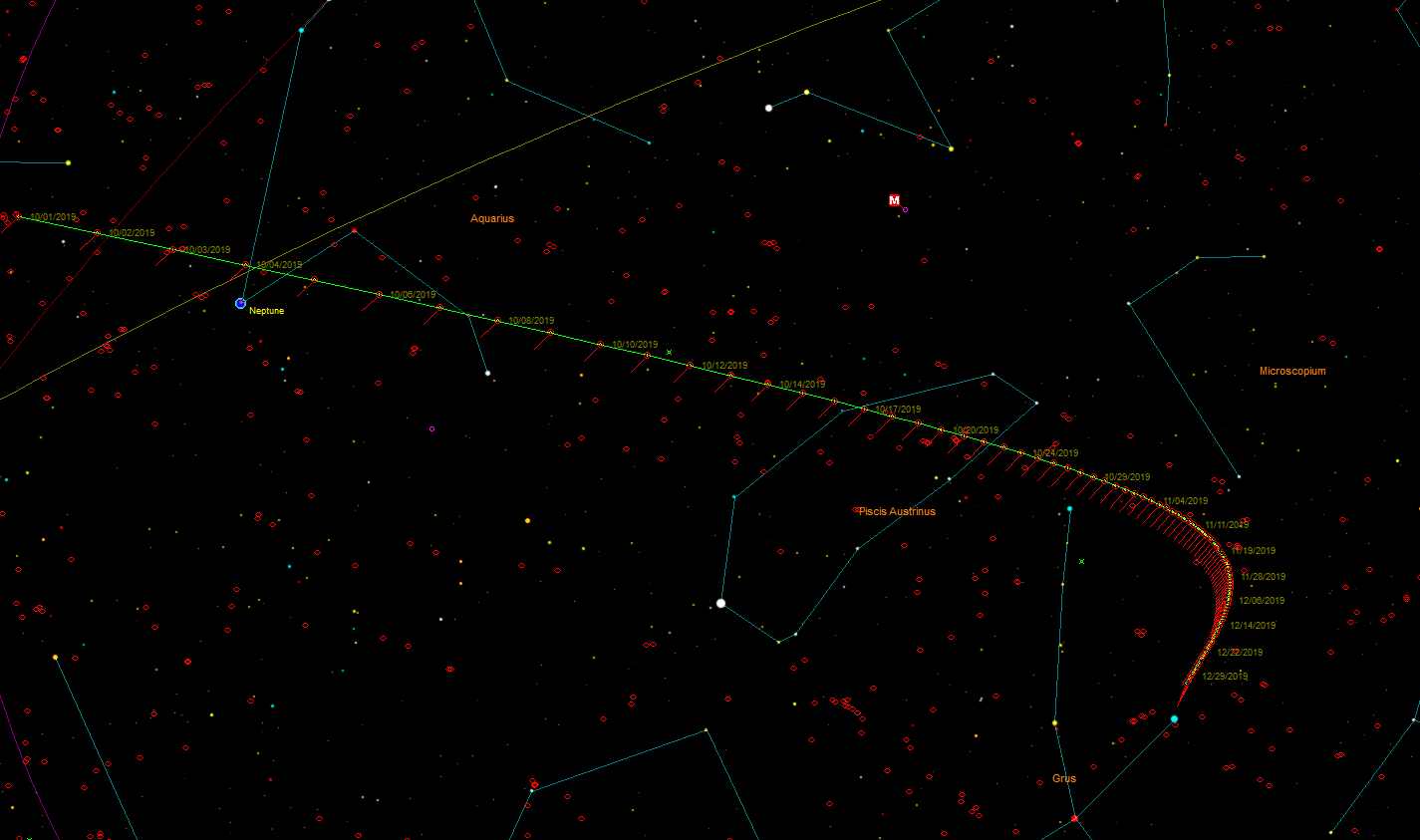