See my blog entry on the comet with maps of its full path here:
https://www.star-gazing.co.uk/WebPage/comet-c2019y4-2020

On the 26th it also passes close to the galaxy M108, as it makes its way into the bowl of The Plough near Merak.

Use the map at the bottom of this blog entry to find the comet.

The image below by Michael Jäger of Weißenkirchen, Austria, was taken as the comet was approaching the Owl nebula on the 21st of February.

The galaxy is currently at 12th magnitude, so will require a reasonably large scope and dark skies.

It should be relatively easy to capture in photographs as it makes a great photo opportunity.

So we have three days chances of at least seeing something.
That’s if these winds and clouds ever give us a break. 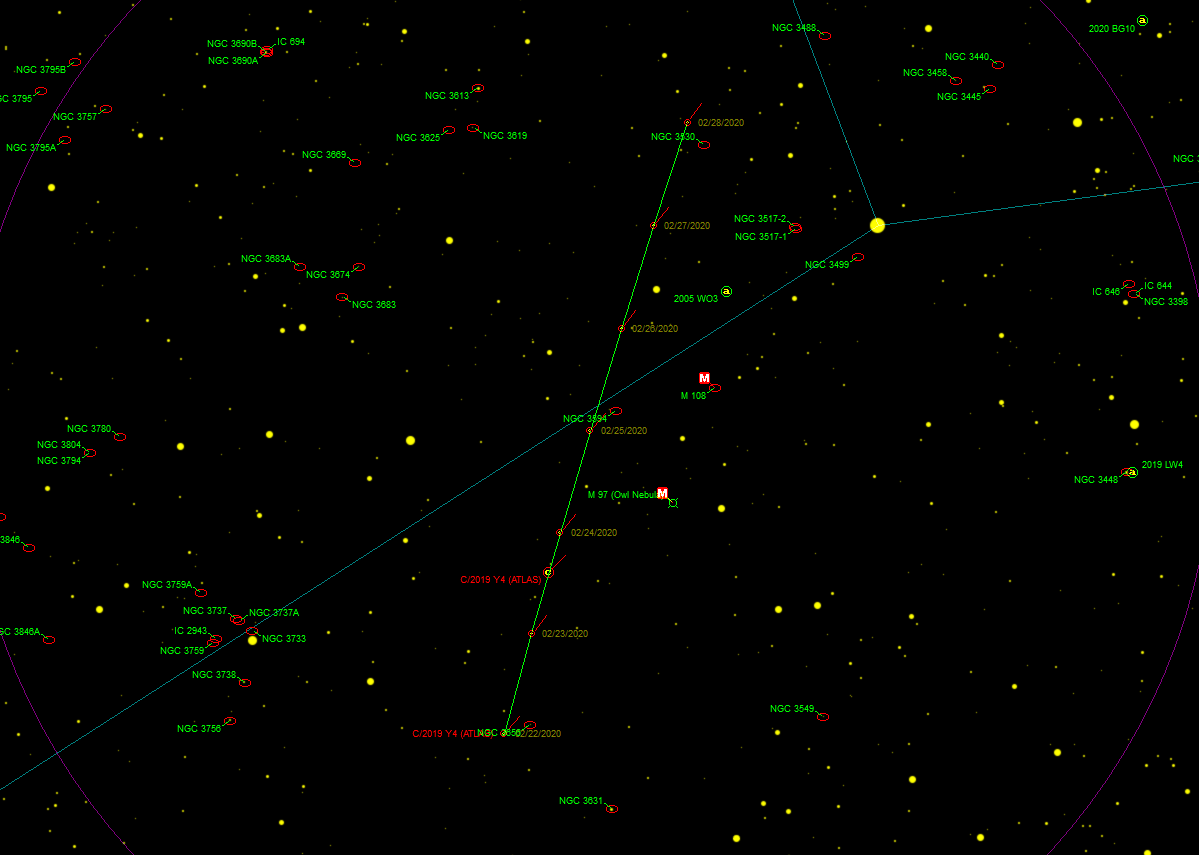