A blog update and YouTube video showing how to find the comet and what we might see is here:
https://www.star-gazing.co.uk/WebPage/c2020f3-neowise-update

Spurred on by images folks across the world had posted online, I decided to make the effort to get up early and get out and see it.
I had to drive a little bit away from home at about quarter to 2, to get a low view towards the north-east, where I knew the comet would be located, below Capella in Auriga.

There was a consistent band of cloud just in the area the comet should have been. It looked like it was going to clear, so I persevered and waited.

I watched Venus rising a little bit towards the east, but the area around the location of the comet stayed consistently cloudy.
Behind me, The Moon, Jupiter and Saturn were very prominent. I was also surprised how high Mars was.
I really ought to get my self up earlier more and get out to do these planets one morning…

The sky was really starting to brighten by this time.
At about 10 past 3, it really looked like the clouds were not going to reveal the comet, so I threw my camera and binoculars into the car and headed where I thought I would get a clear view. After about 5 miles, I found a turn off with a clear view in the comets direction. A quick squint and I could easily see the comet with the naked eye, despite the brightening sky.
I scrambled to get the camera set up and focussed before rattling off a number of images.
This was a very nice looking comet, looking absolutely stunning in 10×50 binoculars and was well worth getting up for, before it started fading into dawns glow.

Here are a couple of the images I took. 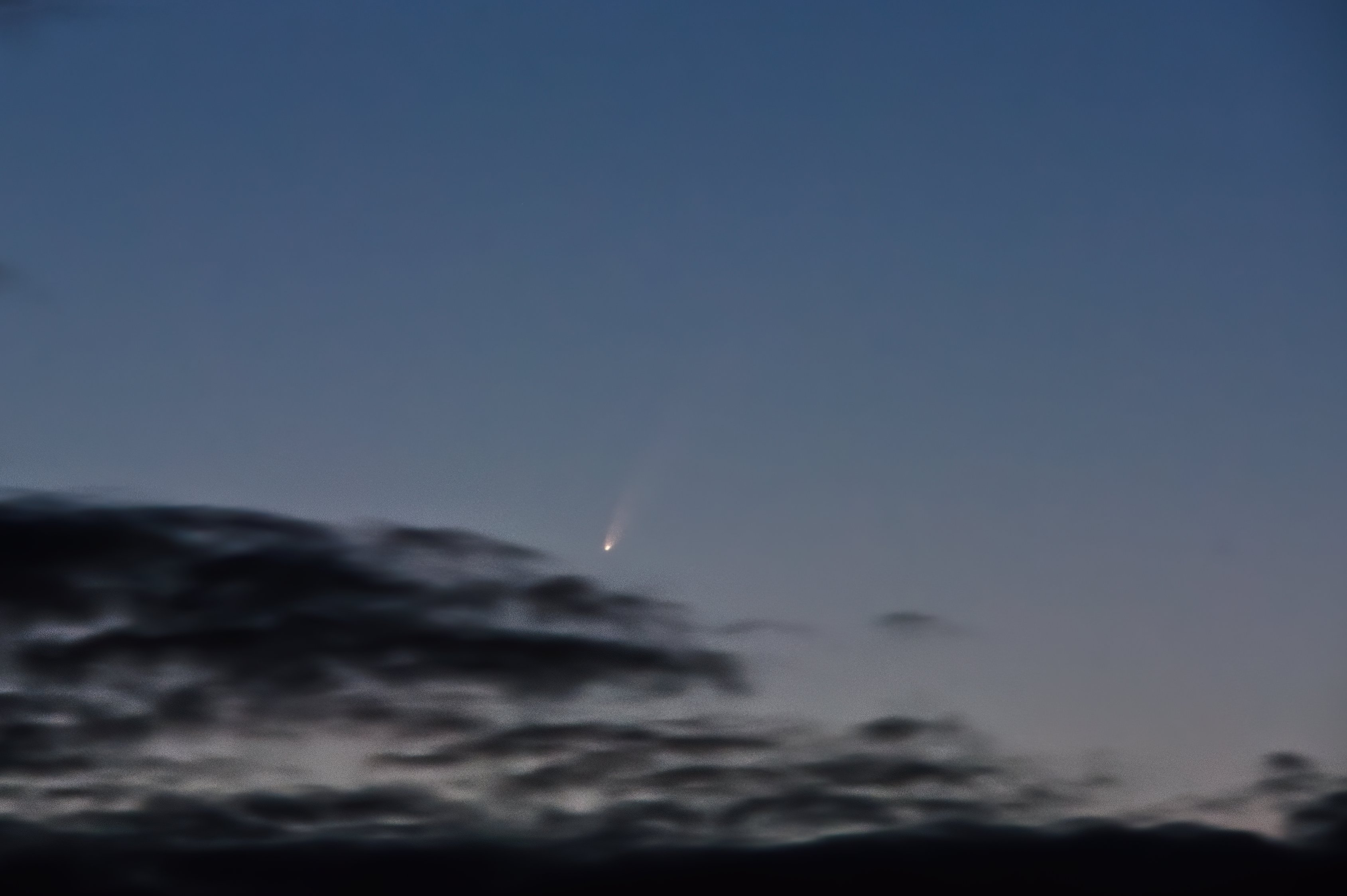 The map below shows the path of the comet during July.
Click on the map for a bigger view.

Comet C/2020 F3 (NEOWISE) is currently below Capella in Auriga and visible low down in the north-eastern sky a little while before sunrise.

After about a week, it passes through Lynx and you should also be able to see it low in the north-western sky just after sunset, so we should have two opportunities to see it each day.
By mid July, the comet will be moving in the lower part of Ursa Major below The Plough.
By the end of July the comet will be moving through galaxy fields in the constellation of Coma Berenices.

How bright it will get, who knows? It’s a comet after all.

But do make sure that you get yourself out there to have a look at what could turn out to be a long awaited and magnificent comet. 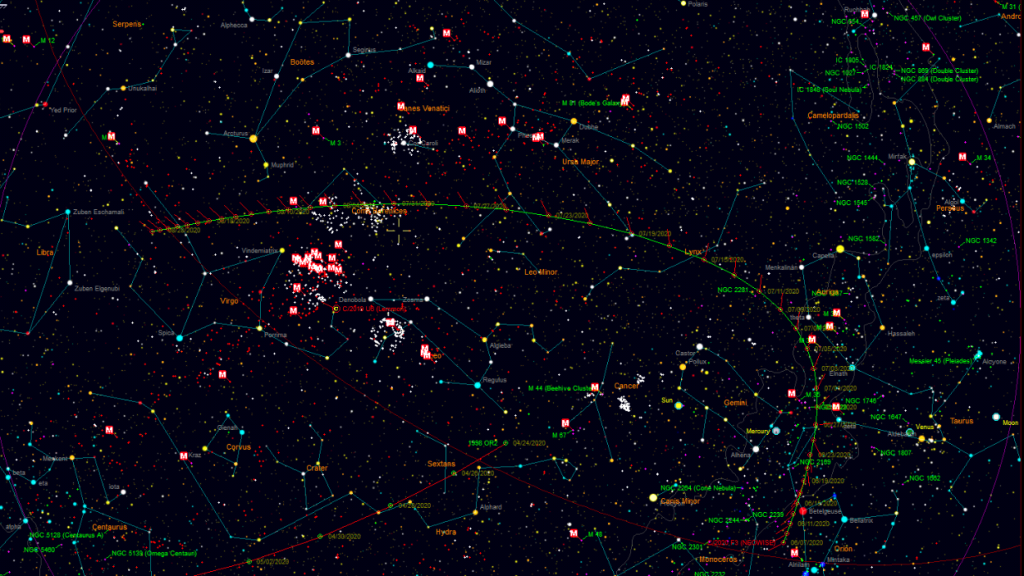