Tonight there will be an opportunity to see the last set of launched Starlink satellites passing over the UK skies.

The last couple of launches have stirred up the astronomical community, amateurs and professionals alike.
See my blog entry made after the first launch:
https://www.star-gazing.co.uk/WebPage/starlink-spectacle

And my images of the constellation from the second launch:
https://www.star-gazing.co.uk/WebPage/starlink-latest-launch-visibility

There are tens of thousands of these satellites planned. Another 60 are due to be launched next week.

The Heaven-Above Web site shows me that there is a visibility of the latest cluster of satellites visible tonight.

The first satellite starts passing across the UK sky just after 4:30pm.
It appears just north of Saturn, passes north of The crescent Moon, into Aquarius, Pisces and towards Cetus and Taurus.
Its magnitude is calculated at +3.9. But it would be a good idea to observe exactly how bright it actually appears and if it flares at any point as it catches the Sun.
At this point it disappears into The Earth’s shadow a short time before it sets.
The map of this pass from Heavens-above is shown below (Click on the image for a bigger view): 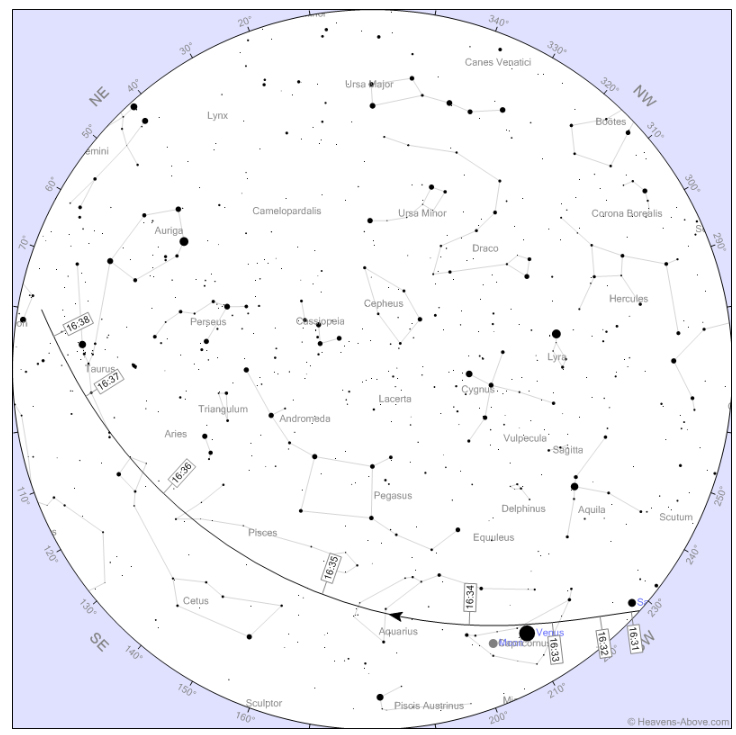 But that’s not all.
Once this satellite passes across there will be an ongoing procession of Starlink satellites, each separated by only a few minutes.
This stream of satellites will last until 20:11 UT.

The height above the southern horizon of the Starlink satellite track will gradually increase as the evening progresses, each satellite following the previous one at a very slightly higher altitude.

By the time satellite 1046 passes over at 18:20, this satellite will be 83 degrees high, passing north of Pegasus and Andromeda. It will fade quicker into The Earth’s shadow as it enters Perseus. The magnitude of this satellite is predicted to be +3.9 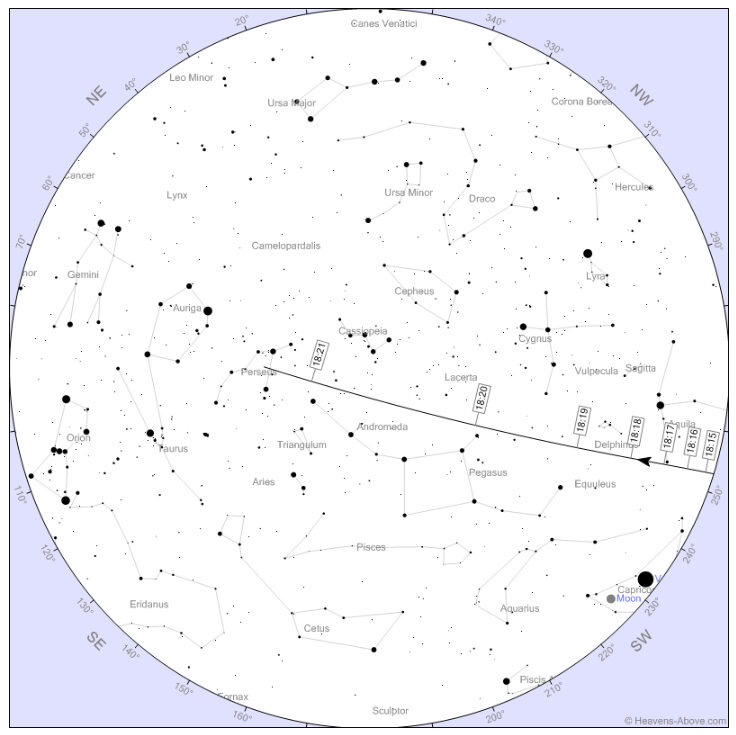 By the time the final satellite 1050 passes us at 20:11.
It is only visible very briefly, disappearing very quickly into the Earth’s shadow over in the western sky close to Delphinus. 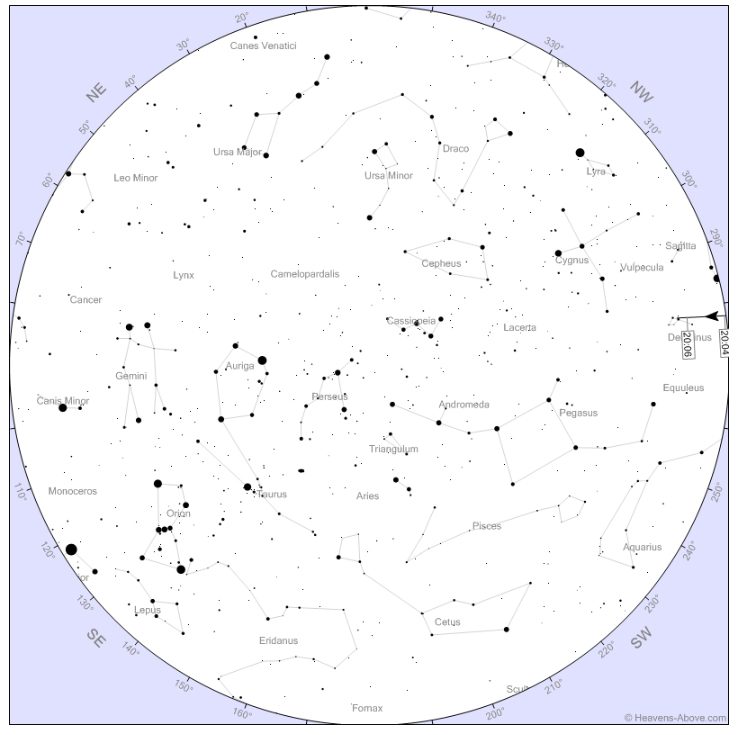 If you do get the chance to view them, I would be interested in hearing your thoughts about them.

If the weather prevents you from seeing this particular sighting, there are a few more opportunities over the next few days.
Visit Heavens-Above for more details.

It will be interesting to see what impact these will have.

The new ones to be launched next week will definitely be much brighter.