This is what I just love about this wonderful hobby. You never know where an image or social media post will take you.
I have found yet another rabbit warren into which I can lose myself.

Anyway, after a battle with my camera, I finally got my All-Sky Camera working properly in time to try and capture some meteors from this years Perseid Meteor Shower. The problem I had was that it produced a very grainy image, with lots of bright coloured speckles across it, from the camera I was using.
It was my old ZWO ASI120MC camera I used for imaging the planets.
Getting a good dark frame image to subtract has been a complete nightmare.

But I finally got it working and producing some reasonable images I could use.
So while we were away in The Elan Valley in Wales where I was hosting a Perseid event, the camera was faithfully capturing images for me, when it was clear here.

The camera caught a couple of meteors that week, which I posted on social media.

This image of a meteor captured at 23:43 UT on the evening of the maximum on the 12th of August showed a very bright Perseid at 23h 43m UT in the north western sky, passing close to the handle of The Plough. This then started a chain of very interesting events.

After posting this image on Facebook, one of my friends from Breckland Astronomical Society, re-posted it on their Facebook page.

Chris Bailey, who has a monochrome All-Sky Camera, posted his image taken at the same time, which had clearly captured the same meteor.
Notice how the position of the meteor in the sky is different, due to the distance between our two observing sites. I tried to superimpose the two images to show the shift on perspective below.
Chris’ meteor is closer to the horizon. Chris was located East of me in Suffolk, so must have been further away from the meteor. Another member of Breckland AS, Dan Self, using simple trigonometry (Simple that is, if you were taking it all in at school, unlike me!), and knowing our two locations, calculated the height, position and distance of the meteor from us both.

His calculations can be seen below. These showed that the height of the meteor was between 70 miles and 52 miles high, top to bottom of the trail.
It was 167 – 163  miles away from Chris, depending on which part of the meteor trail you measured, which was 25 miles long.
And 107-108 miles from my location across the ground but as it was at that altitude, that came out as a distance from me of 128-120 miles.
The meteor would have came across the sky almost directly above The Peak District.

Knowing this, I popped off a message to Patrick Poitevin, who has meteor detection cameras and lives in Tissington, right in The Peak District, to see if any of his cameras had captured it.

The meteor, being so high in altitude from Patrick’s location, was not picked up by any of his cameras.
But it was captured by other cameras in the UK Meteor Network and logged, as can be seen in the image below, where it goes right through The Plough.

When they tracked the path of the meteor, it was slap bang right over The Peak District as shown in their image below.
Absolutely awesome work by Dan there. 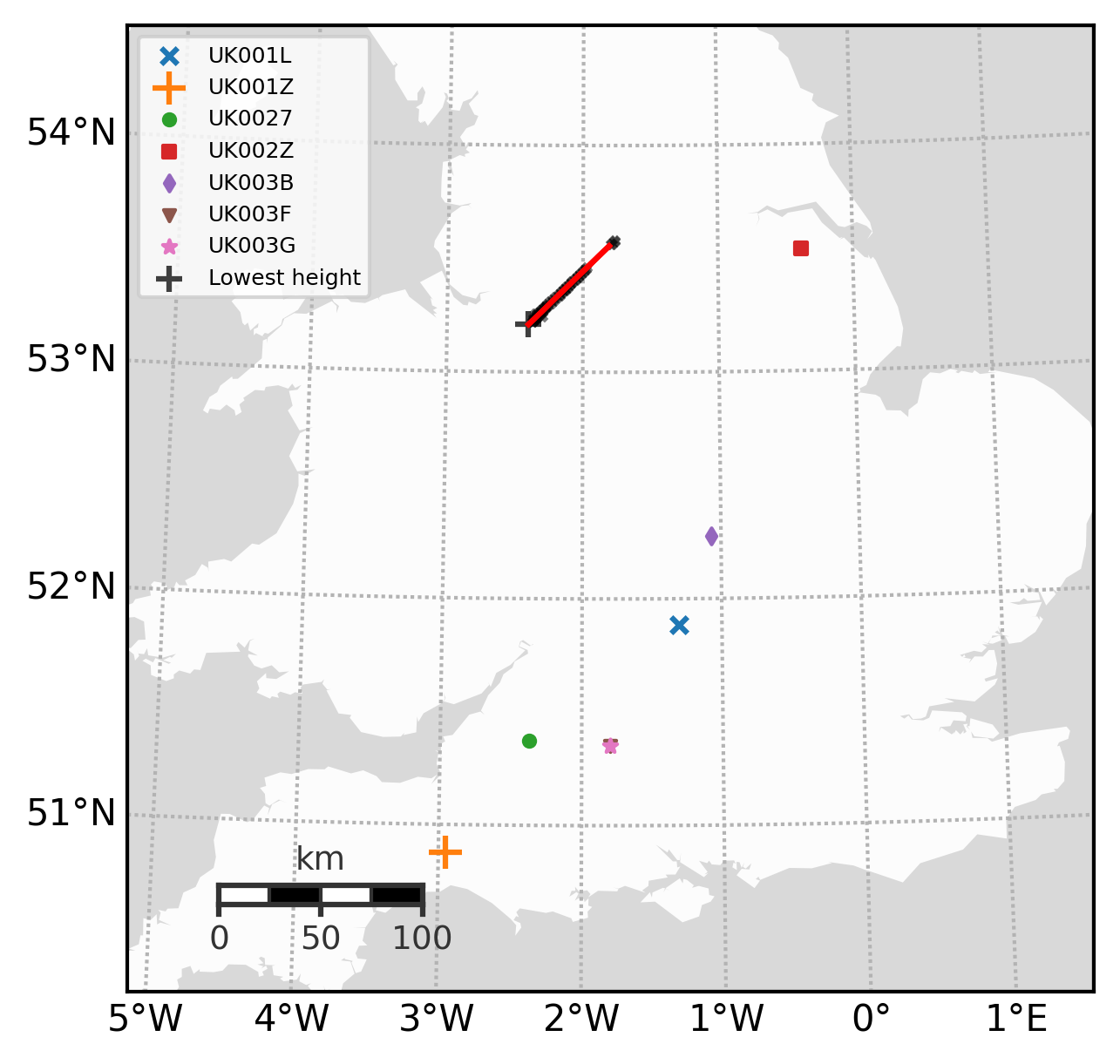 Now, I might investigate to see how you get set up to join in with this meteor network.