If you are blessed with clear skies (yeah right!) over the next few mornings there will be a nice display of planets and The Moon in the morning sky.
Mars, Jupiter, Saturn and The Moon are all visible low down in the south-eastern sky a little while before dawn.

You will have to get up and be out looking by about 5:30am UT to get the views shown in the diagrams below.

Tomorrow 18th March. 5:30am UT.
The Moon will be close to Jupiter and Mars. 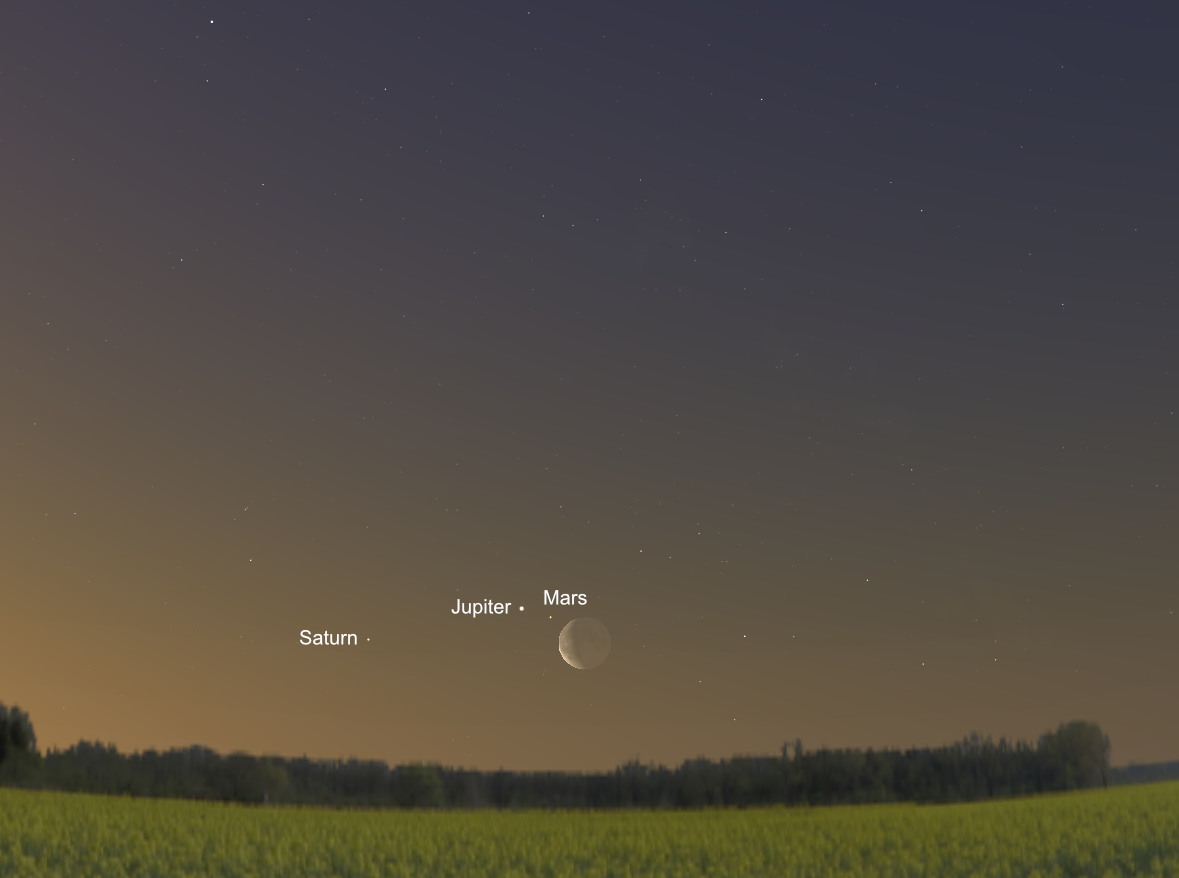 Thursday 19th March. 5:30am UT.
The Moon has moved away below Saturn and will be visible as a thinner crescent very low to the horizon.
Jupiter and Mars have moved a little bit closer together. 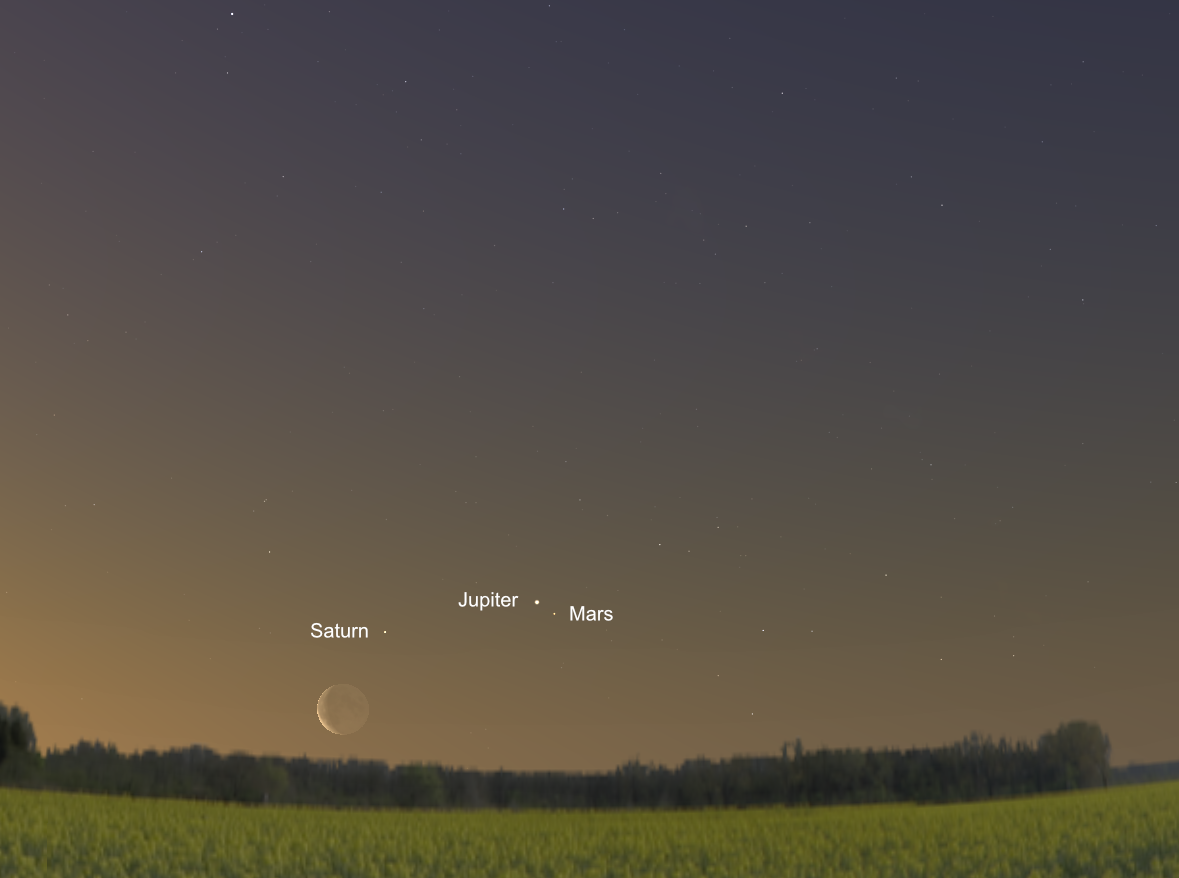 Friday 20th March. 5:30am UT.
Jupiter and Mars are at conjunction. Mars, with its fast apparent motion overtakes Jupiter as it moves eastwards along the ecliptic. The two planets will still be fairly close together on the 21st, but Mars will soon move away over the next few days.
The Moon is now a lot lower down that morning and rises a little later.
So stay out there to give yourself the challenge of spotting The Moon in the brightening sky after you have spotted the conjunction. 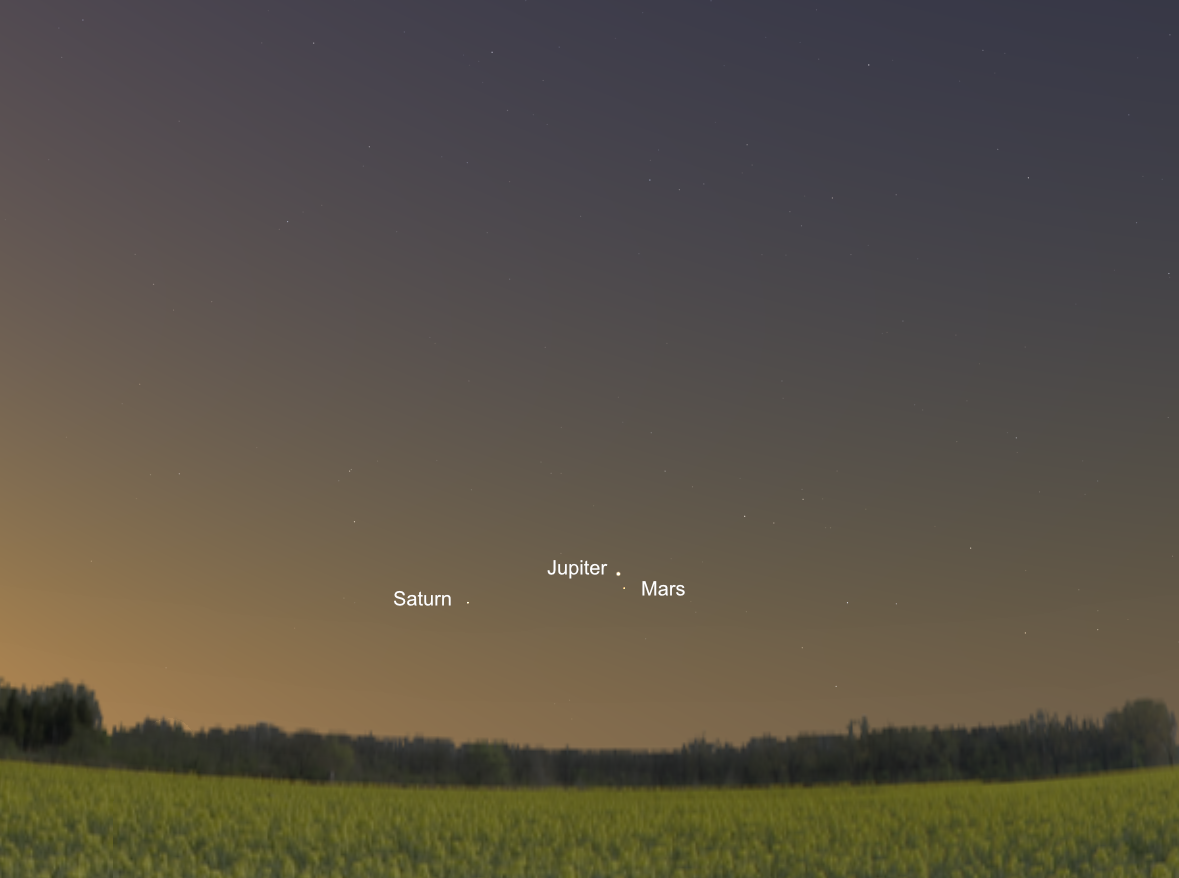