Last night was a very cold but a really nice clear night.
Are we really closer to The Sun this time of the year?

Anyway, I was determined to see if I could catch up with The Webb Space Telescope again and catch a couple of comets.

Despite the ASIAIR Plus preforming wonderfully all this time, I had real technical issues.

One problem I have had for a while with using the Android Emulator on my PC is that location always defaults to Washington in the US.
So if I wanted to point the scope to an object in the east, it told me it was below the horizon.
I could even take an image and then click on the screen to re-centre on that point, something I’ve done loads of times.
That also told me it was below the horizon.
(Thankfully this morning, I have finally resolved that particular problem).

I swapped the Plus for the older Pro and used my tablet to control it.

All connected OK, but that was when I discovered a new issue.
Every time I tried to take an image the main camera disconnected itself.
With frustration building, I almost threw in the towel at that point.

Thinking logically, this sounded like a power issue, so I checked the power port that the main camera was plugged into.
Numpty here had plugged the camera into a port I’d set up as a dew heater, set at 75%.

Once I got on top of that, it performed flawlessly, so the hunt for Webb was now on yet again.
As before, the predictions made were close, but not exact, so I did have to hunt around for it.

It took me quite a long time to find Webb, as it seemed to be moving a lot slower against the background stars this evening.
Perhaps the angle we are viewing it has changed so the motion is mainly away from us, rather than across our line of sight?

Webb also seemed to be a bit brighter.
I estimated it at about magnitude +14.5 when compared to background stars.
Could this be because its slower motion is leaving it on a pixel for longer, so it collects more light?

Anyway, below is the resulting image trail and animation (the thin streaks are satellite trails).
I finally finished the evening by looking in on my old friend Comet 67P and then onto Comet C/2019 L3 (ATLAS).

I wonder what technical problems I’ll encounter next time?
And no doubt, it will be me that’s caused them… 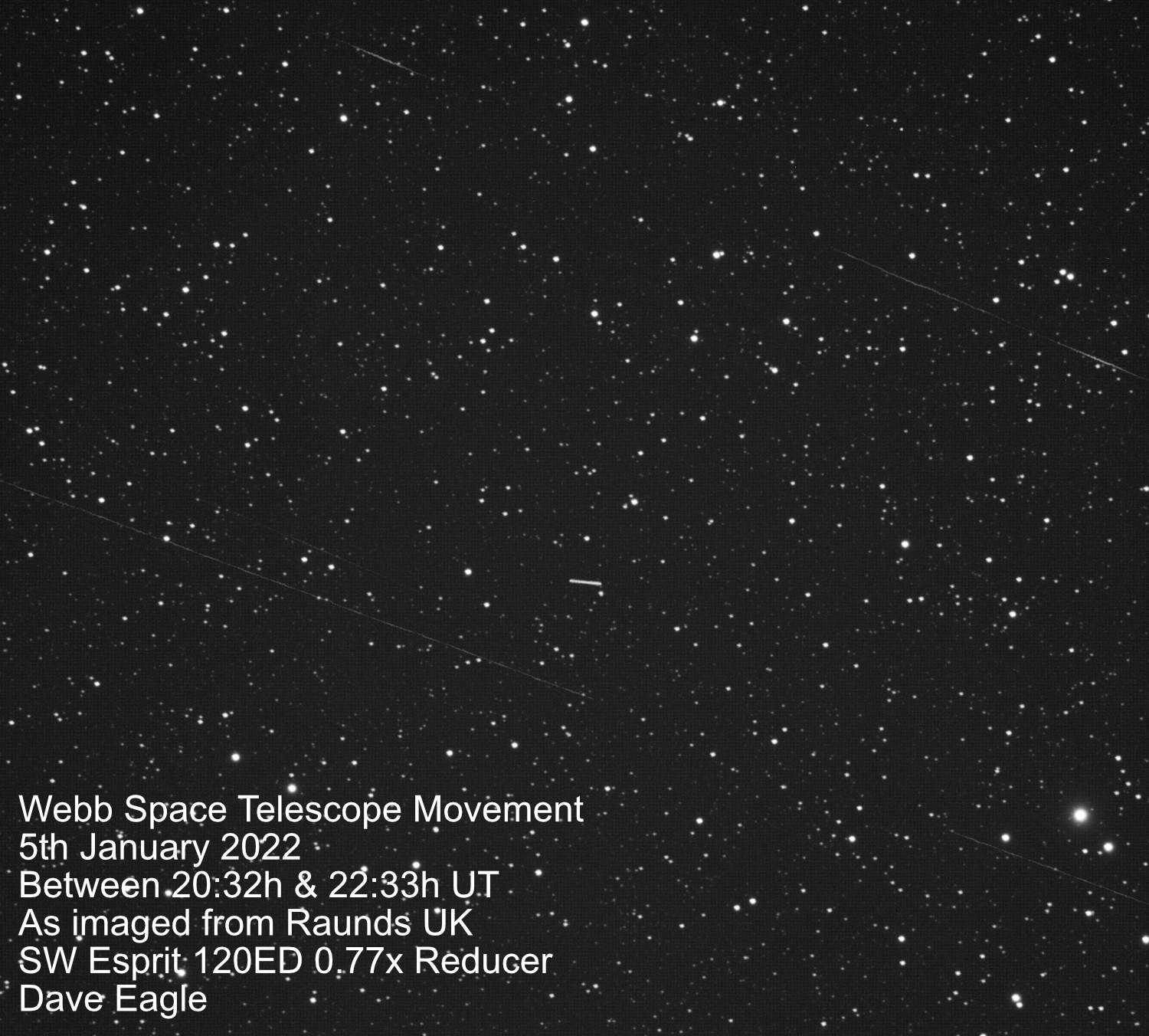 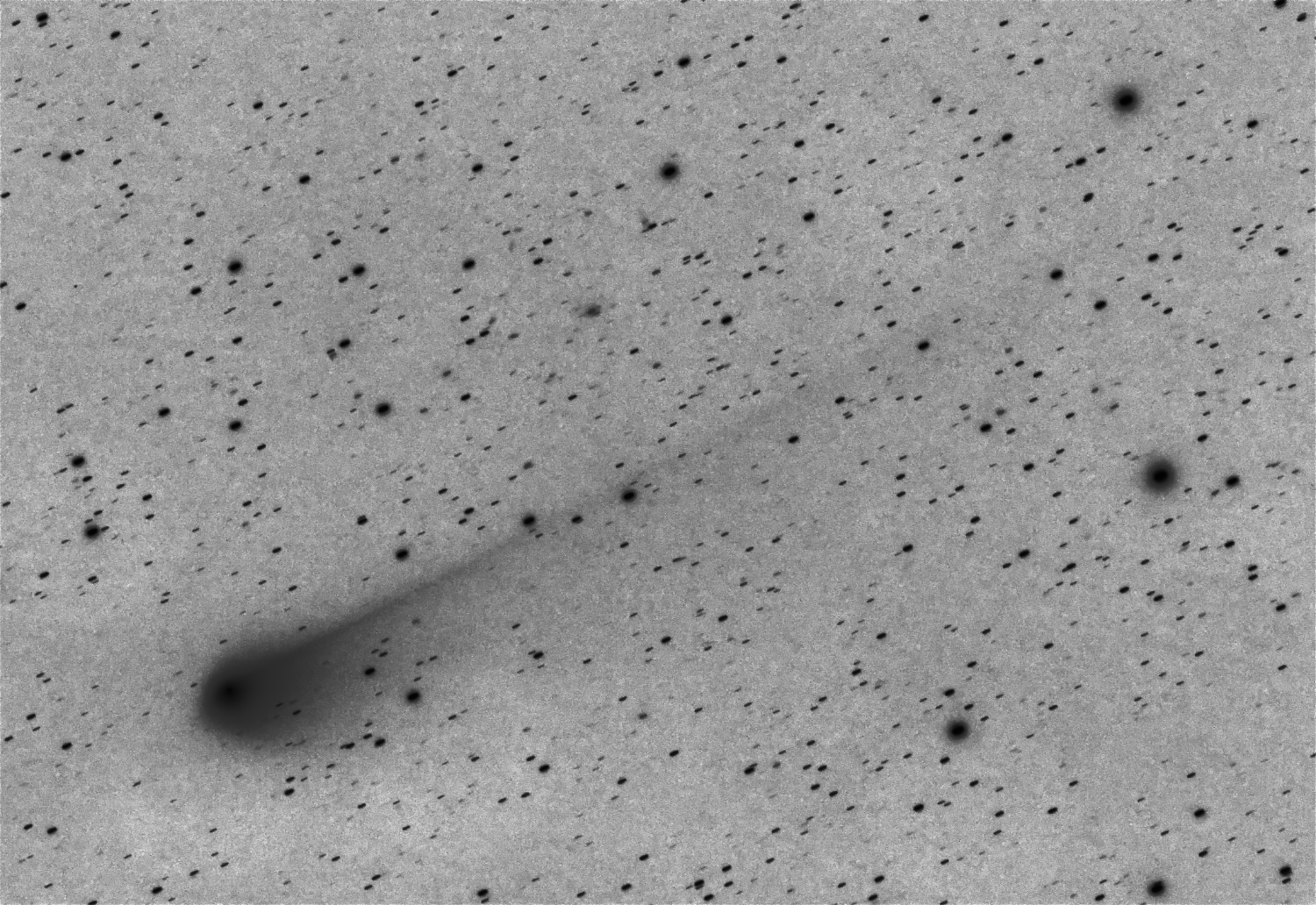 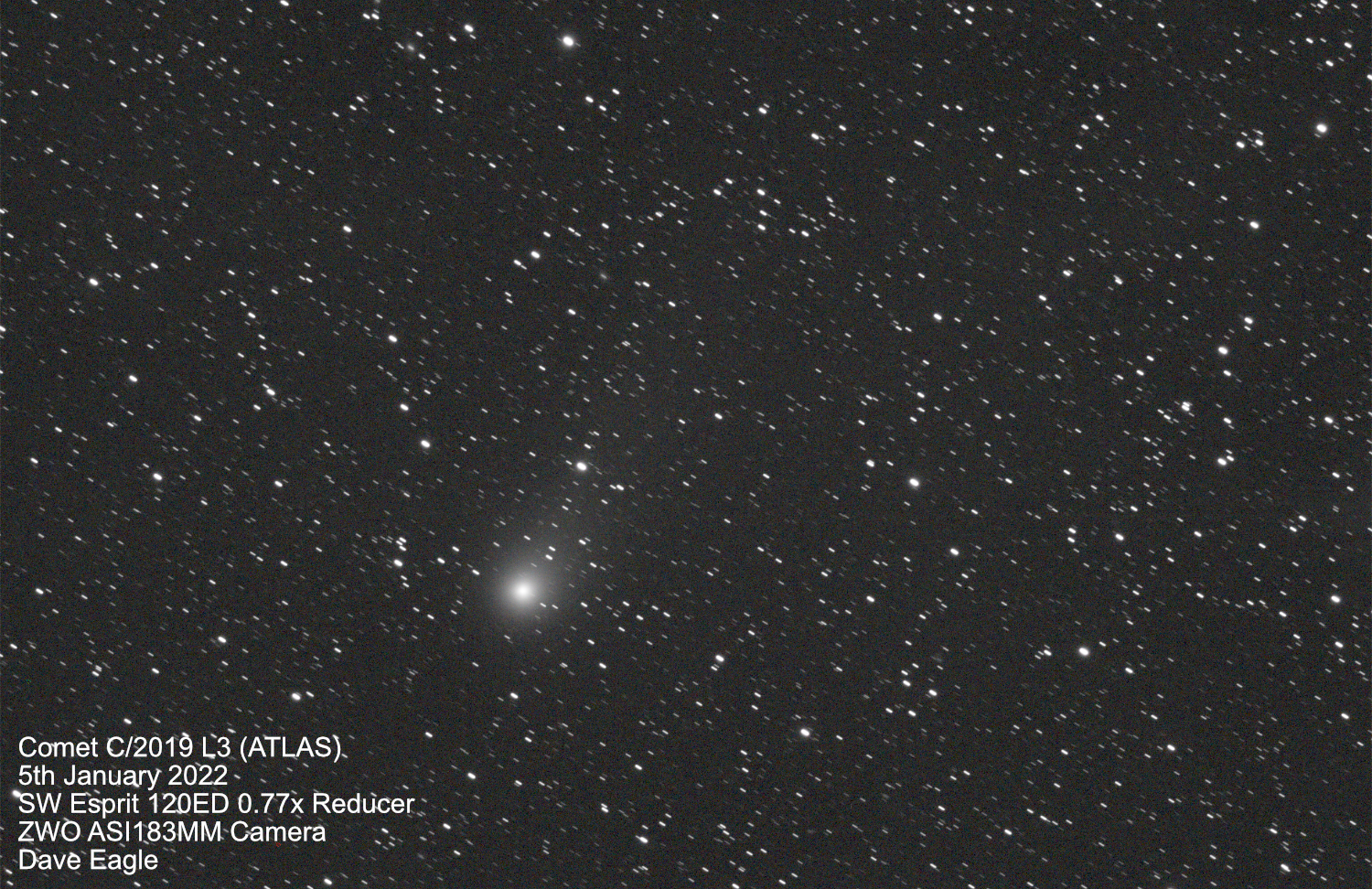 4 thoughts on “A Productive Evening (Eventually)”