On Monday the 27th of January Venus passes just 4 arc minutes south of Neptune in the evening sky.

Venus is moving much faster than Neptune, so you may be able to see the movement over an hour or so, if you observe carefully.

Images taken at intervals will certainly reveal the changing angle and distance between the two planets during the early evening.

The map below shows the movement of the two on the 27th & 28th of January.
The positions of the planets are marked at 0h UT.

The planets are fairly close to the bright 4th magnitude star phi (φ) Aquarii, which Venus passes on morning of the 28th.
By the time the sky is dark enough on the 28th, Venus already well clear on the other side of the star.

Use this to help identify the distant ice giant during the encounter.
The map was created using C2A planetarium software.

Let us hope for some clear skies after the rain which is predicted for the UK tomorrow. 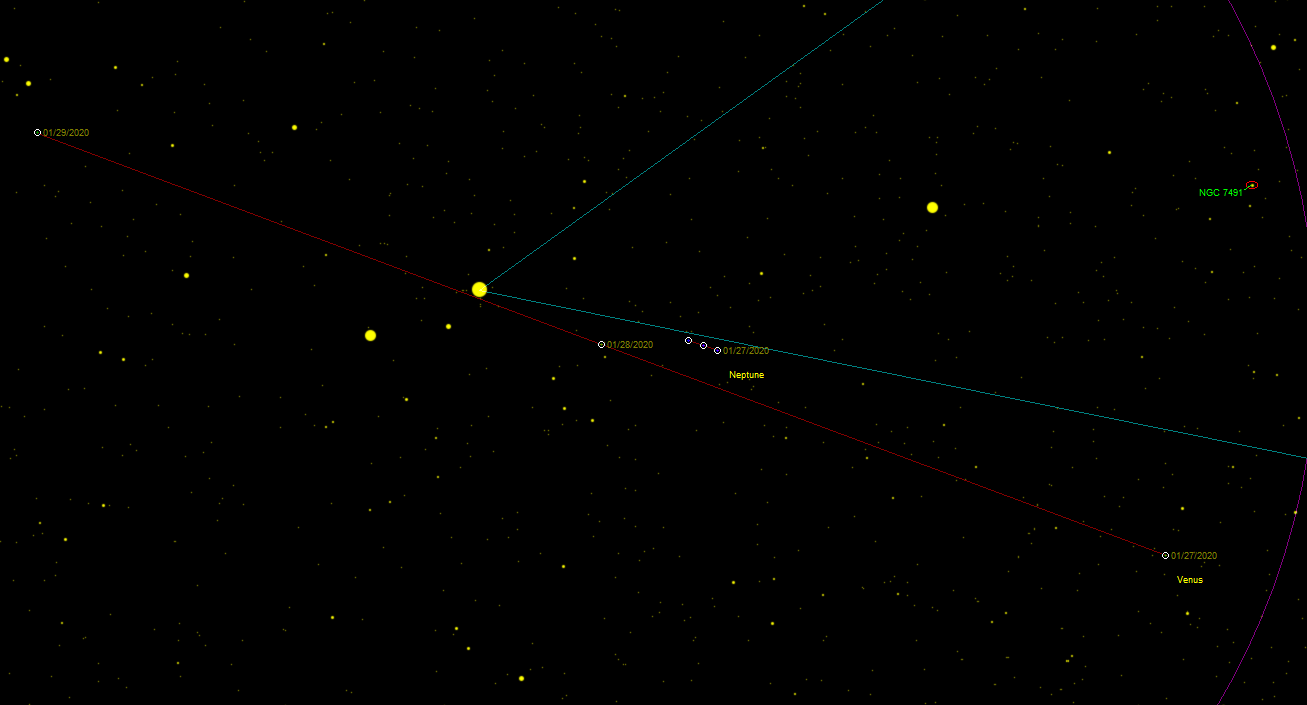