A transit of Mercury occurs on the 11th of November.
We see the very start of the transit and the fleet-footed planet will be visible as a very, very small black dot moving slowly across the Sun.

Do Not try and view The Sun unless you have proper solar filters in place.
You can seriously damage your eyesight if viewing is not done properly.

If you have eclipse glasses, these will not allow you to view the transit.
Mercury is far too small to be visible without being magnified using a telescope with the correct filters.

The view below my white light image of the transit of VENUS in 2004. 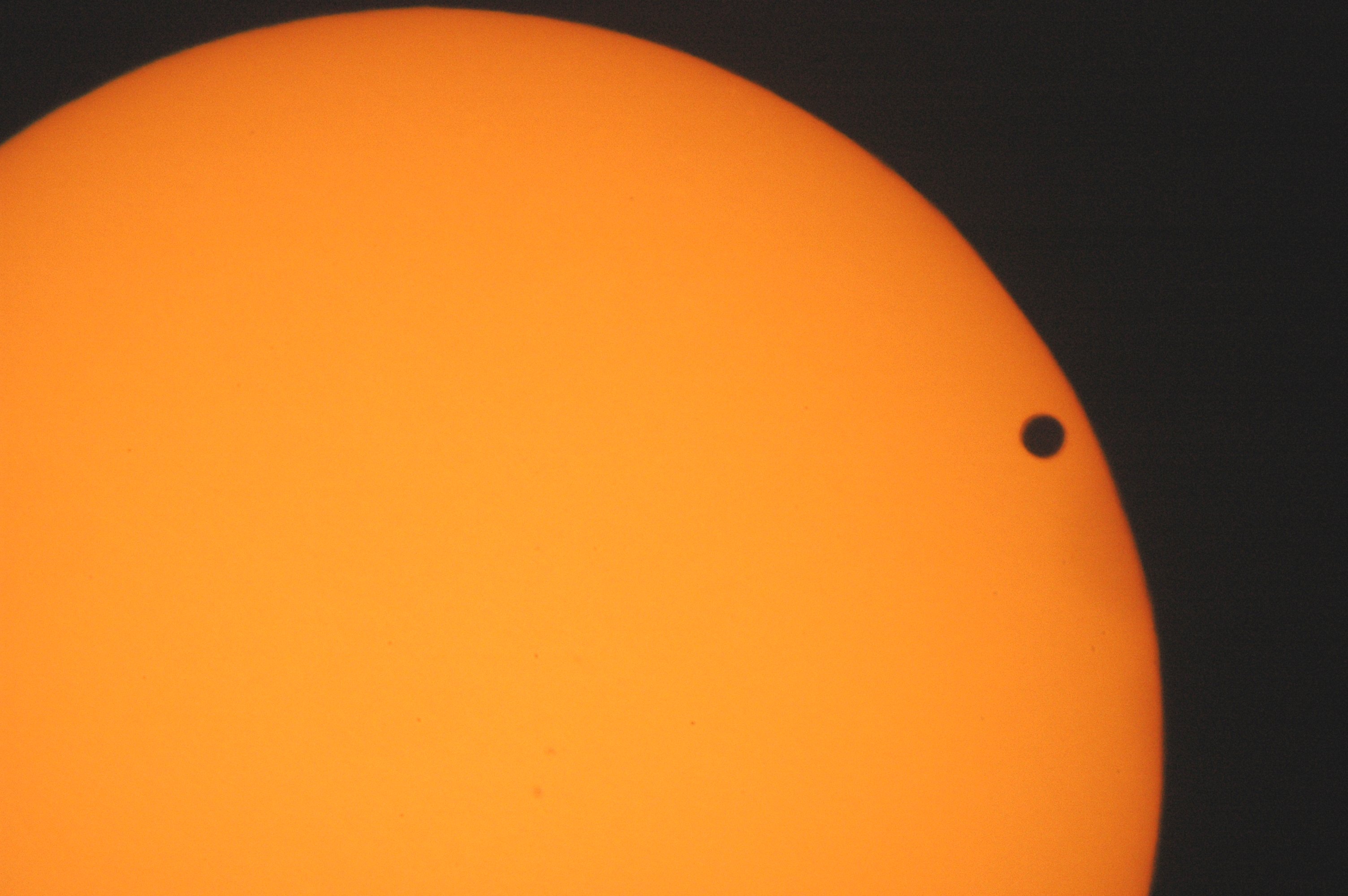 Venus is big enough and close enough to be seen without magnification, as you can see here.
Unfortunately, Mercury is nowhere near as big as this, so will not appear anywhere near as impressive.

In fact, it may be a bit of a disappointment to some who do get to view it.

So I hear your next question, What does a transit of Mercury look like then?

The image below is my white light DSLR image of the transit of Mercury from 2016.
The smudge towards the top of the image is a sunspot group (AR 2542).
Mercury is the much smaller dot in the lower part of The Sun.
Titchy isn’t it? 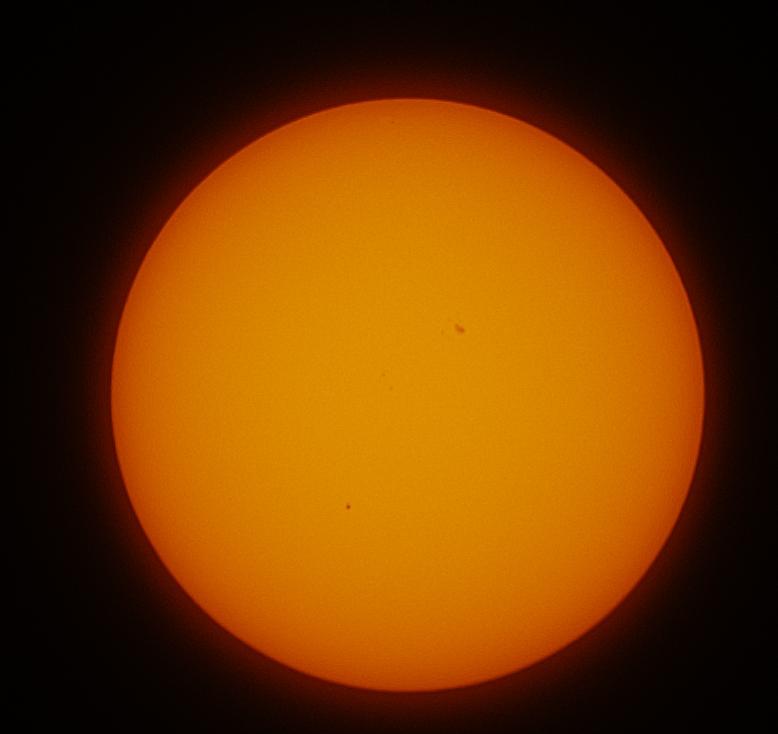 My image below taken using a hydrogen Alpha telescope shows this transit a little while later at about mid transit in much greater detail.
Mercury is still titchy! But as the detail is better, you can now see that it is showing a definite disk. 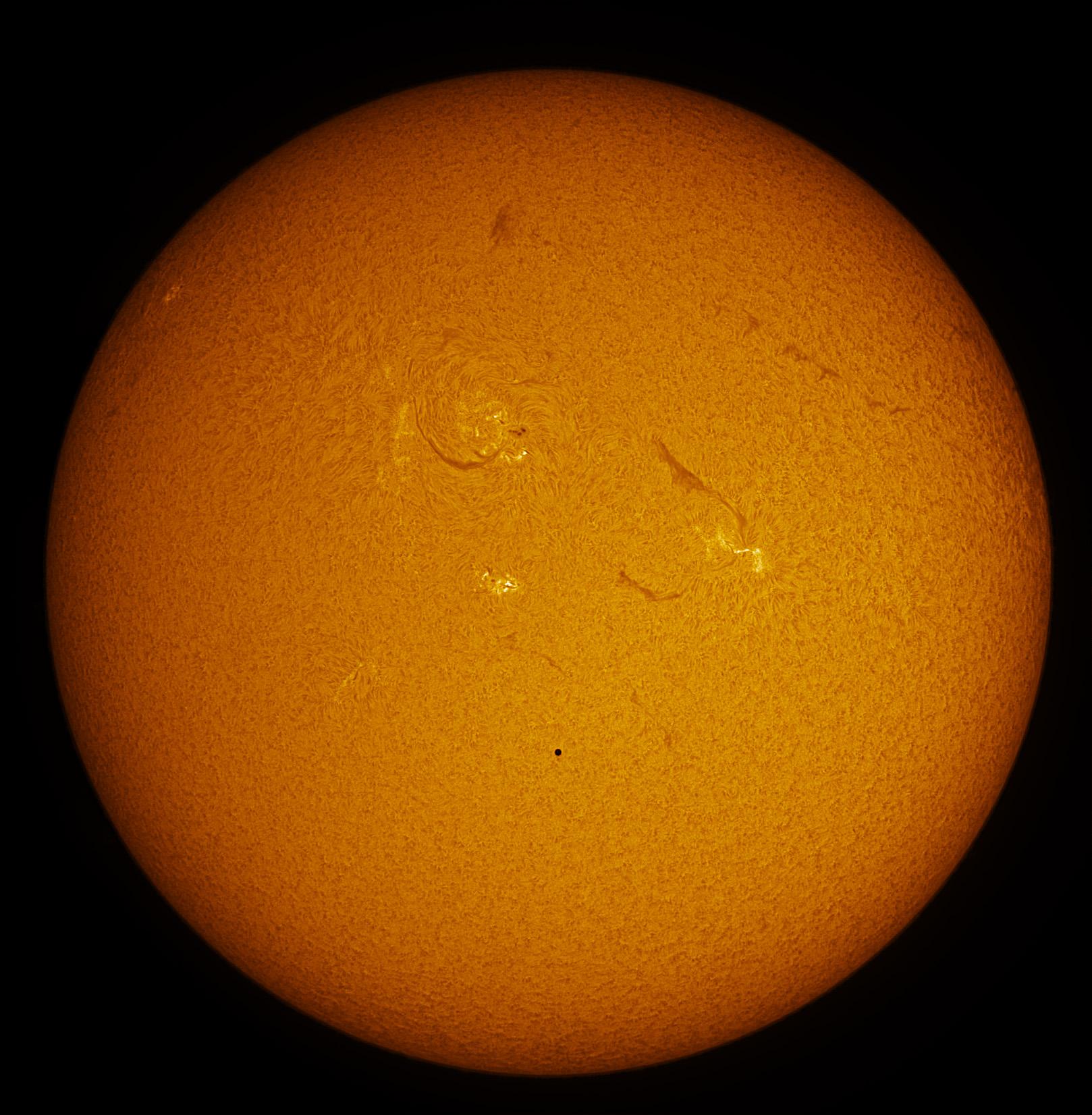 My closer view below shows it in a bit more detail.
Mercury is towards the left hand side of the image.
You can really see how much darker the planet is when compared to the sunspots and filaments. 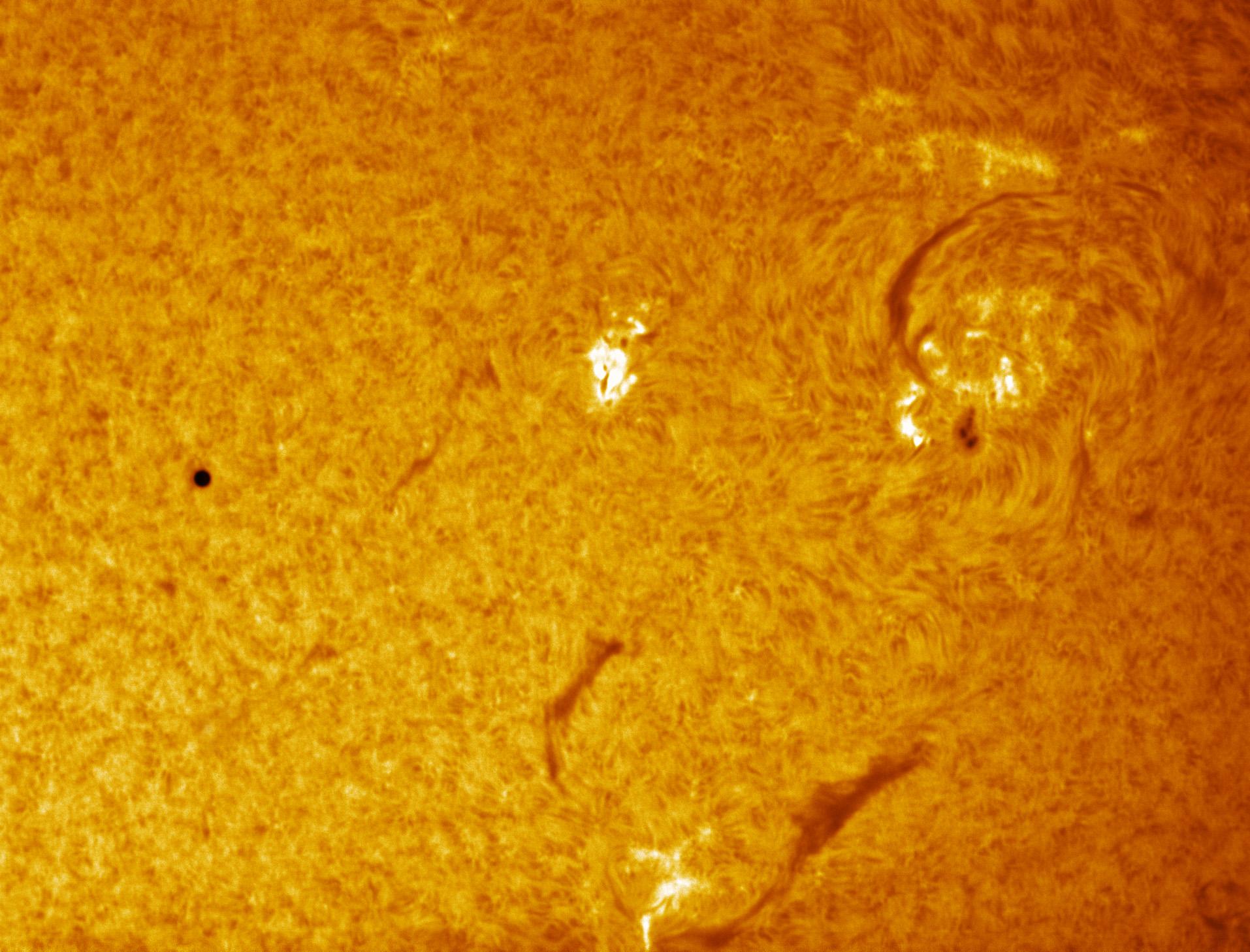 So now you know exactly what to expect if you have the correct filters in order to view the transit safely.

So if you are going to try and observe the transit here are the details of the timings of the day.

The transit starts at 12:35 UT.
If you are using a hydrogen alpha telescope, you will be able to see Mercury slightly before the white-light view, as the chromosphere is a bit bigger than the photosphere.
Mercury will approach from the left-hand side of The Sun, just below the centre of the limb.
It would be very nice if there was a prominence on that side of The Sun, that it would pass over first. But we can only dream, Eh!
Mind you, having a sunny day, and being able to see this, might be a miracle in itself!

Mid transit occurs at 15:19 UT.
At this time the planet will be located just above the very centre of The Sun’s disk.

Sunset occurs at about 16:30 UT.
Sunset will prevent us from viewing the conclusion of the event, so it will be only just over halfway across the disk when this occurs. As a result we will miss Mercury slowly sliding off the Sun’s disk.

The transit finishes at 18:04 UT.
Mercury finally leaves the disk of The Sun.
We will leave that part of the event for our American friends. The whole event is visible from the eastern side of North America. The whole of South America can view the complete transit. 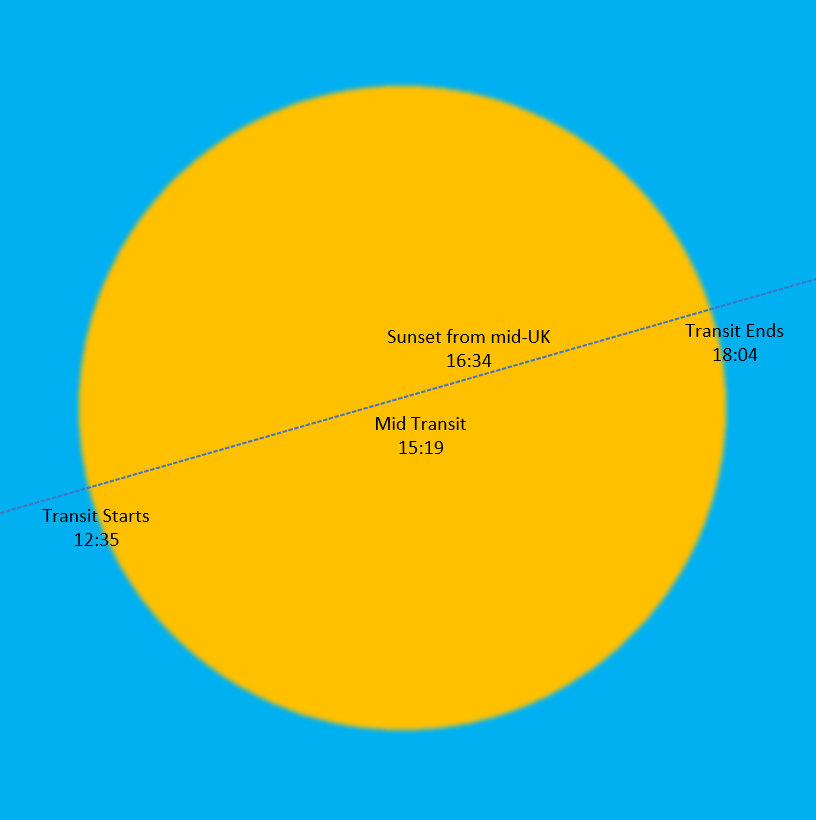 2 thoughts on “Transit of Mercury – 11th of November.”