As the sky gets dark tonight, a transit of Ganymede’s shadow will be in progress, as will the great red spot.

The first two illustrations in the diagram below show the view at 21:20 UT.

Only 3 of the Galilean satellites are visible.
Io is to the east of Jupiter, but is hidden within Jupiter’s Shadow.

An hour later Io has emerged from the shadow and will be easily visible.
All four Galileans will be visible once again as seen in the lower diagram.

Ganymede’s shadow transit is still in progress and will move off Jupiter’s disk by 21:54 UT. 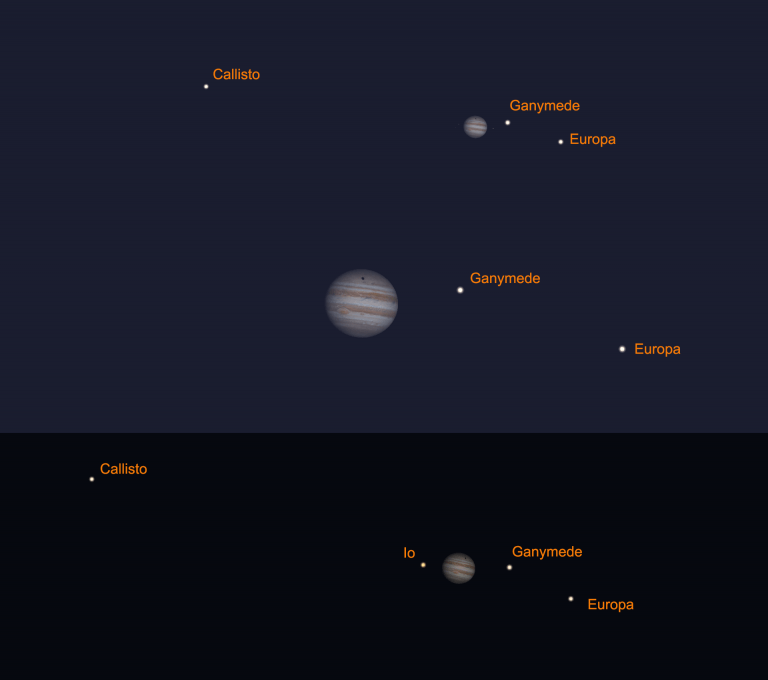