Webb returned data to create two images of The Southern Ring Nebula.
These images were created using data from the NIRCam (Left) and MIRI (Right) Instruments 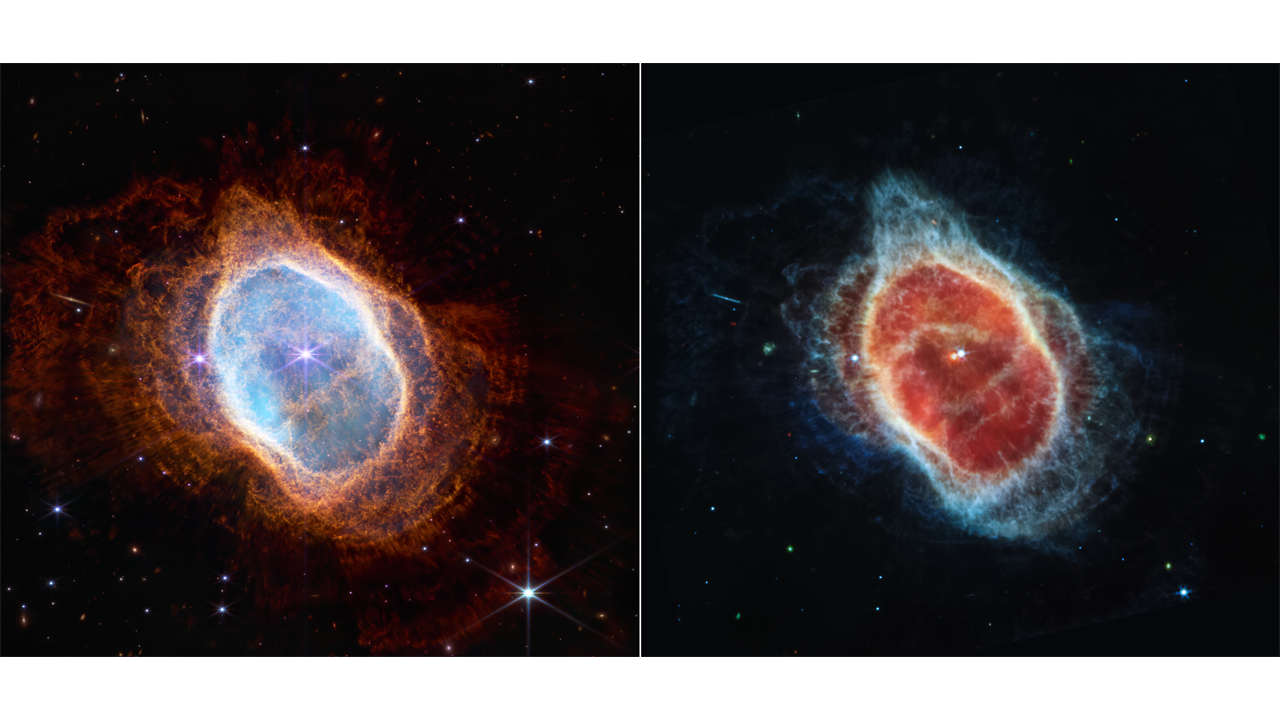 The Southern Ring Nebula (NGC 3132) is a bright and extensively studied planetary nebula in the southern constellation of Vela.
Its distance from Earth is estimated at about 2,000 light-years, so is well within our own Milky Way.

Despite the name, this nebula has nothing to do with planets.
These clouds of gas and dust were first called Planetary Nebulae when early observers thought they looks like faint planetary disks.

They are in fact stars at the end of their lives, struggling to keep burning.
As a result they are throwing out their outer atmospheres to try and keep their internal nuclear fusion going.
They will eventually lose that battle and expand into a red giant star, before shrinking and fading.
This will be the fate of our very own Sun in some 5 billion years time.

The intricate detail within the structure of the shell of gas is quite extraordinary and shows how the gas is expanding out into space around the star.

The MIRI Image on the right reveals, long suspected, that the central star is a binary system.
There are two stars orbiting around one another.

The crop of the left-hand region of the nebula shows a few beautiful faint galaxies lying way behind, photo-bombing the nebula. 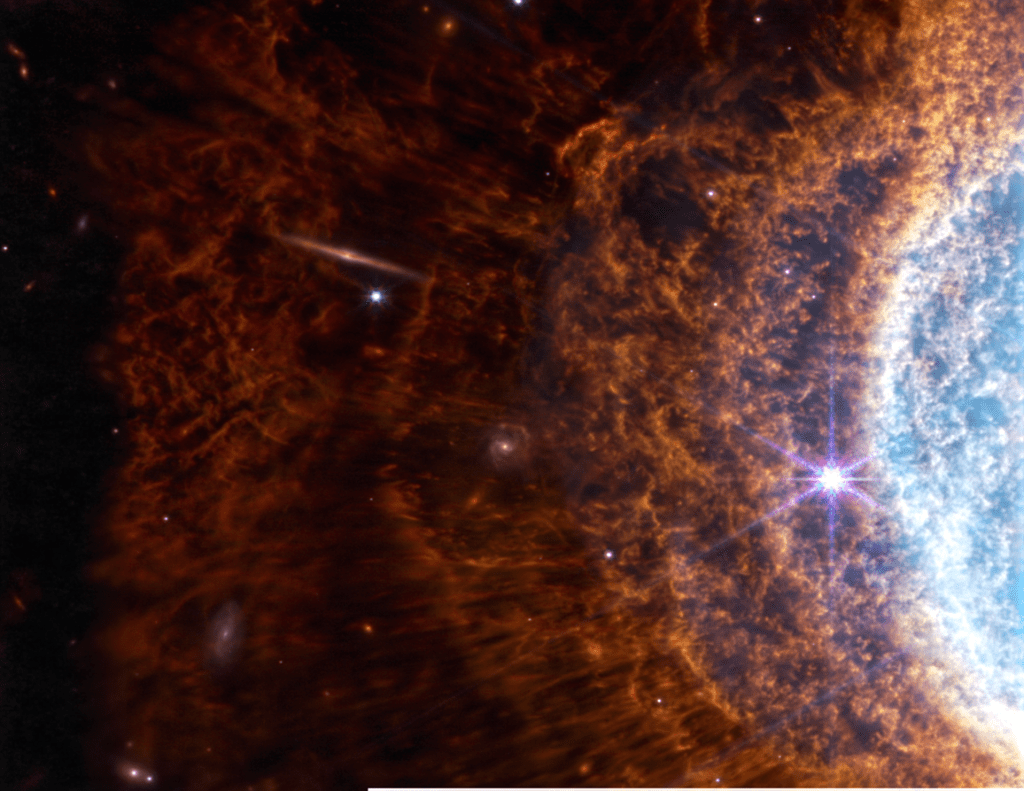