It is the second object known to have originated from outside our solar system, make a dive in towards The Sun and then speed it’s way out once again.

The first known interloper Oumuamua (Formerly 1I/2017 U1) was discovered in 2017, and got people all excited.
Many observations of the object determined that it was a highly elongated object, essentially cigar shaped, prompting many people to propose it may have been artificial and built by aliens (Ha Ha!). It is composed of metal-rich rock and reddened by compounds called tholins laying on it’s surface. These are the same compounds which also give the red colours seen on Pluto, Charon and Ultima Thule (2014 MU69), which the probe New Horizons visited in July 2015 and New Years day 2019 respectively.

Comet Borisov was discovered in August at a distance of 3 Astronomical Units from The Sun.
It appears to have approached our solar system from an area of sky located slightly to one side of the double cluster in Perseus.
The comet was magnitude +18 at discovery.
Unlike Oumuamua, Comet Borisov was found long before perihelion, when it will be at it’s closest to The Sun.
This occurs on the 28th of December.

This very interesting object will be studied intensely during its apparition by lots of professional astronomers.

But as an amateur observer / imager, what are we likely to be able to see or image?

The comet currently lies in the northern part of Cancer, and heading steadily south.
It moves past the Sickle of Leo during October, passing very close to Regulus on the 4th of November.

So some early mornings are required if you want to catch the comet.

The comet continues southwards bound, passing almost directly through the centre of the constellation Crater mid-December.
Perihelion is reached on the 28th of December. The comet will still be quite a long way from Earth at this time, so don’t expect miracles.

It is unlikely to become much brighter than +15th magnitude, so observations are unlikely with very dark skies and a decent sized telescope. Astrophotographers are more likely to be able to capture the comet and I will look forward to seeing some of these images as they are released.

Sounds like a great little project for me to try my hand at over the coming weeks.

Use the map below to work out where the comet is.
Positions shown at 5 day intervals at 0h on the dates shown.
(Please note, the comet’s path may change as the ephemeris is re-defined. I will update if I see any changes).

Click on the map below to see a bigger version. 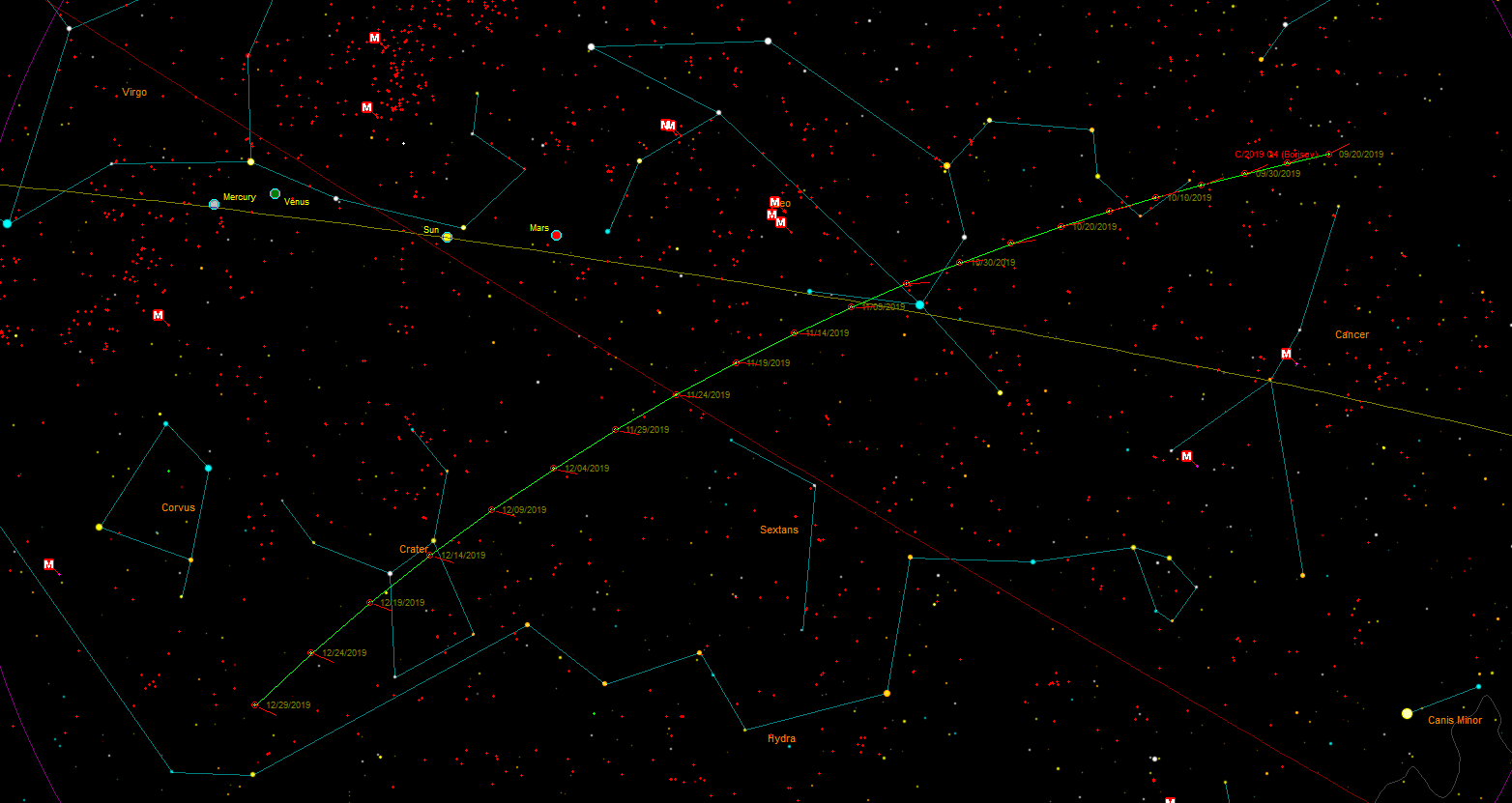